Turn back the clocks to 24 August 1990 and two young men, Thomas Jensen and Holger Hübner, were about to throw an intimate metal party in the small German town of Wacken. The lineup consisted of five bands, and 800 people paid 12 Deutschemarks to come along.

28 years on, and they are now the founders of one of the biggest heavy metal festivals in the world, hosting over 150 artists and 75,000 metal fans over 280 hectares, still within the confines of the German village.

And as the festival approaches three decades, we thought it a good time to flick open the archives and pull out the posters from the past 28 editions, charting the evolution of one of the world's most famous metal festivals.

1990: That very first edition, all those years ago 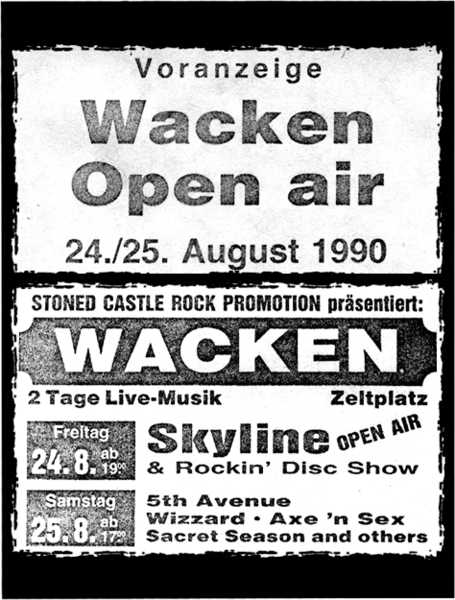 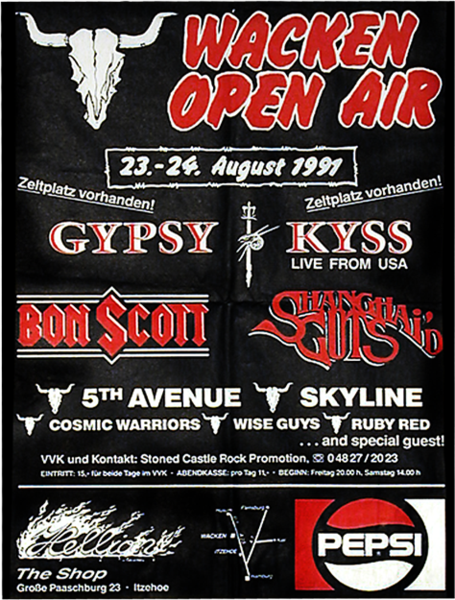 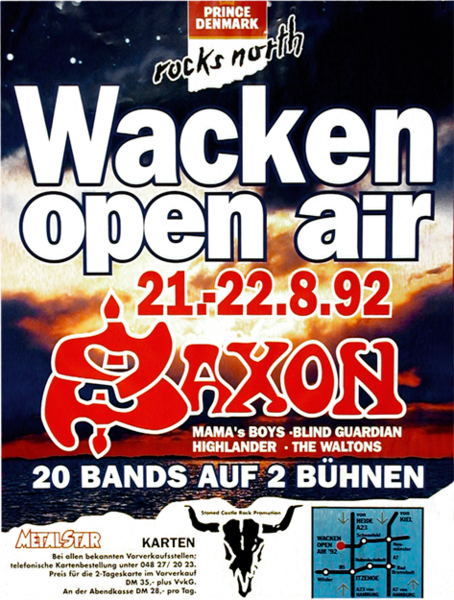 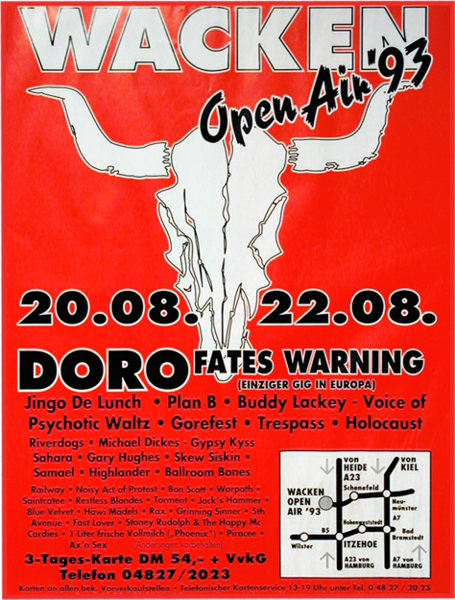 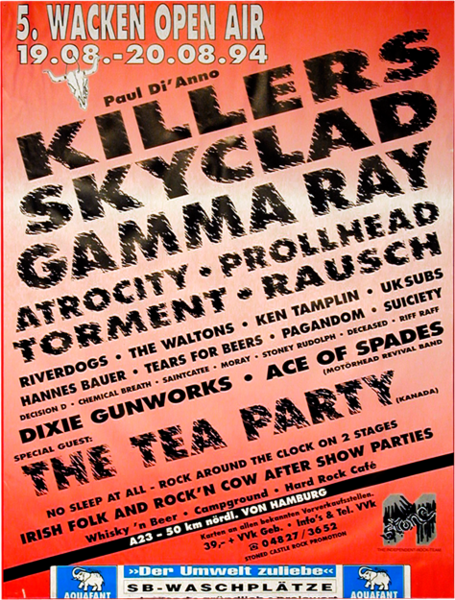 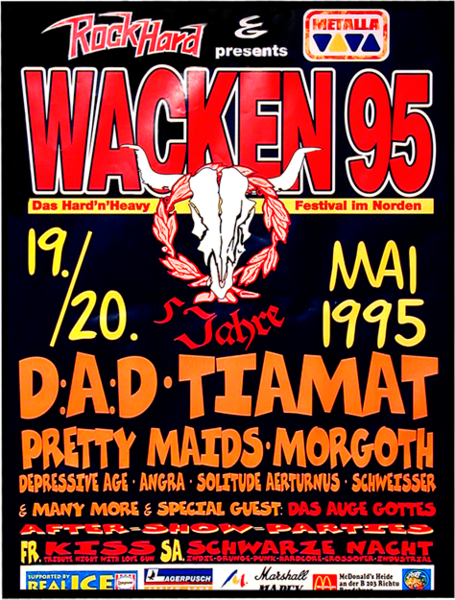 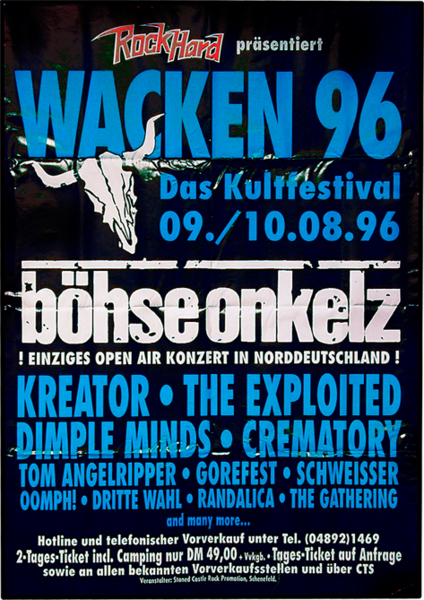 1997: Motörhead made their festival debut this year, in what was the first of 8 appearances 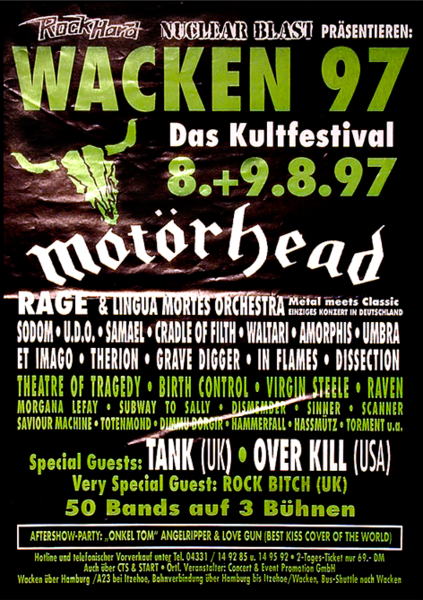 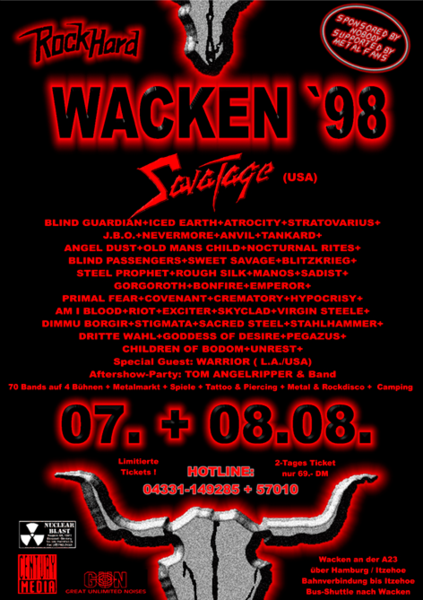 1999: The festival marked its tenth anniversary with a series of warm-up gigs on the Thursday 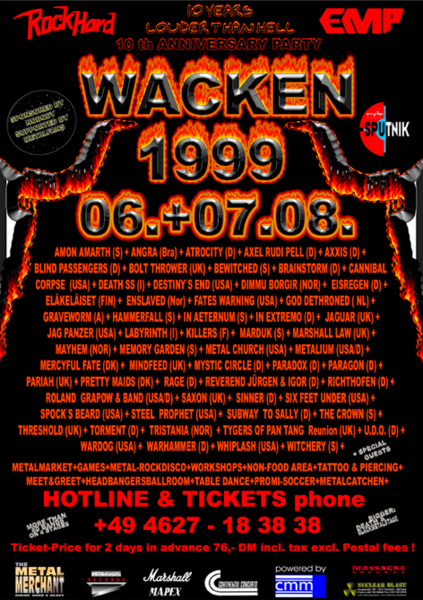 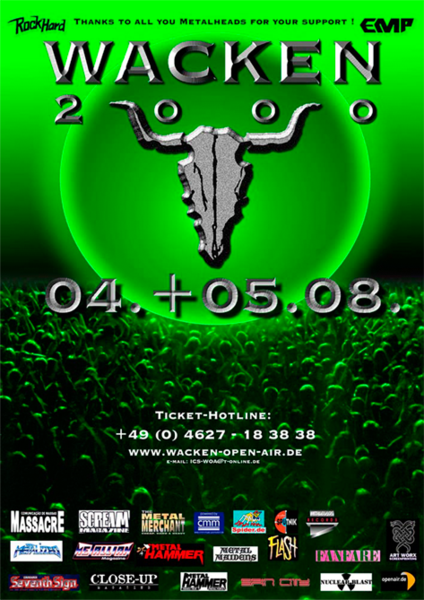 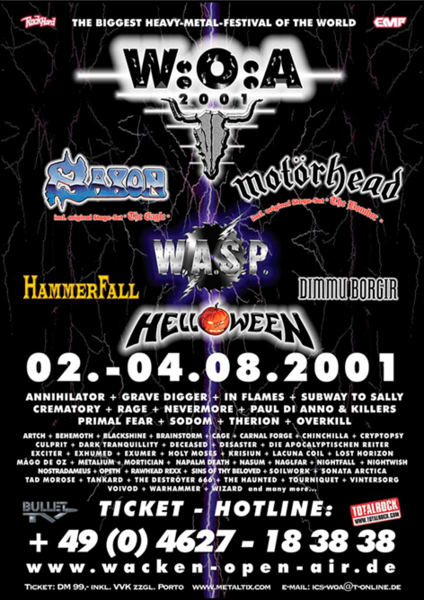 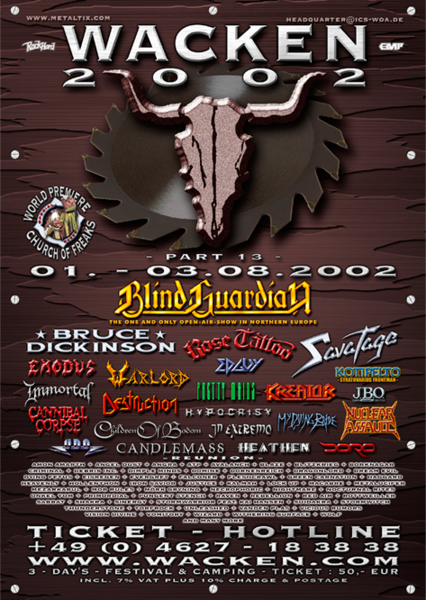 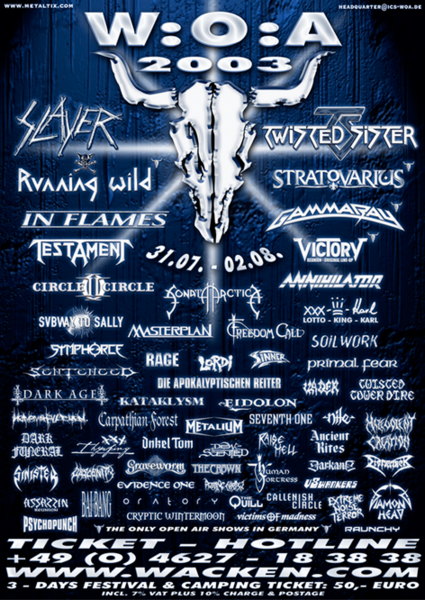 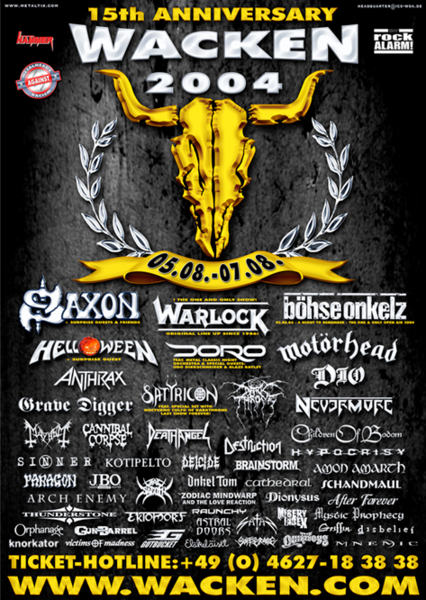 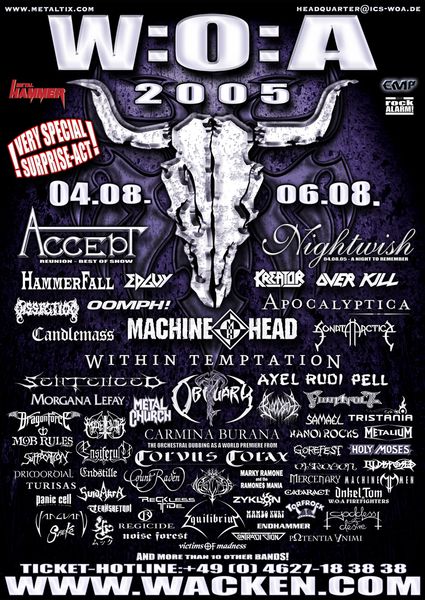 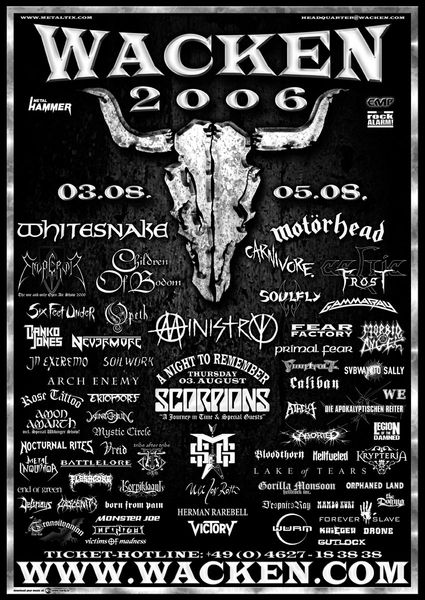 2007: Tom Angelripper of Sodom once remarked on the festival: "People just have fun. They celebrate every note. Sometimes I think it doesn't matter who is on stage. They are just into it and that's unique worldwide." 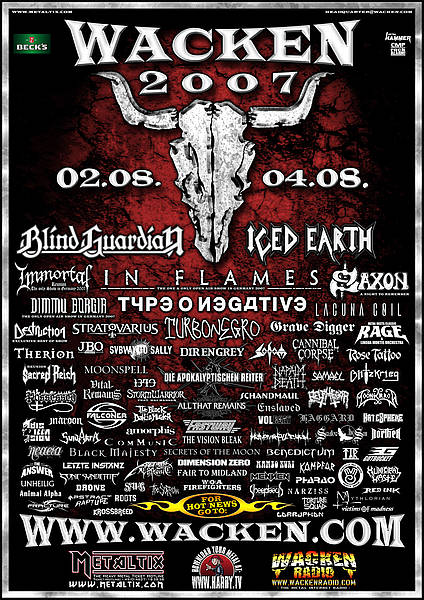 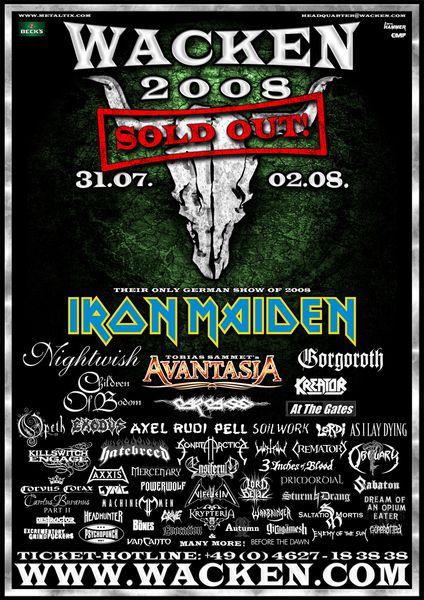 2009: This year included the Medieval Stage, as Wacken continued to explore the depths of metal music 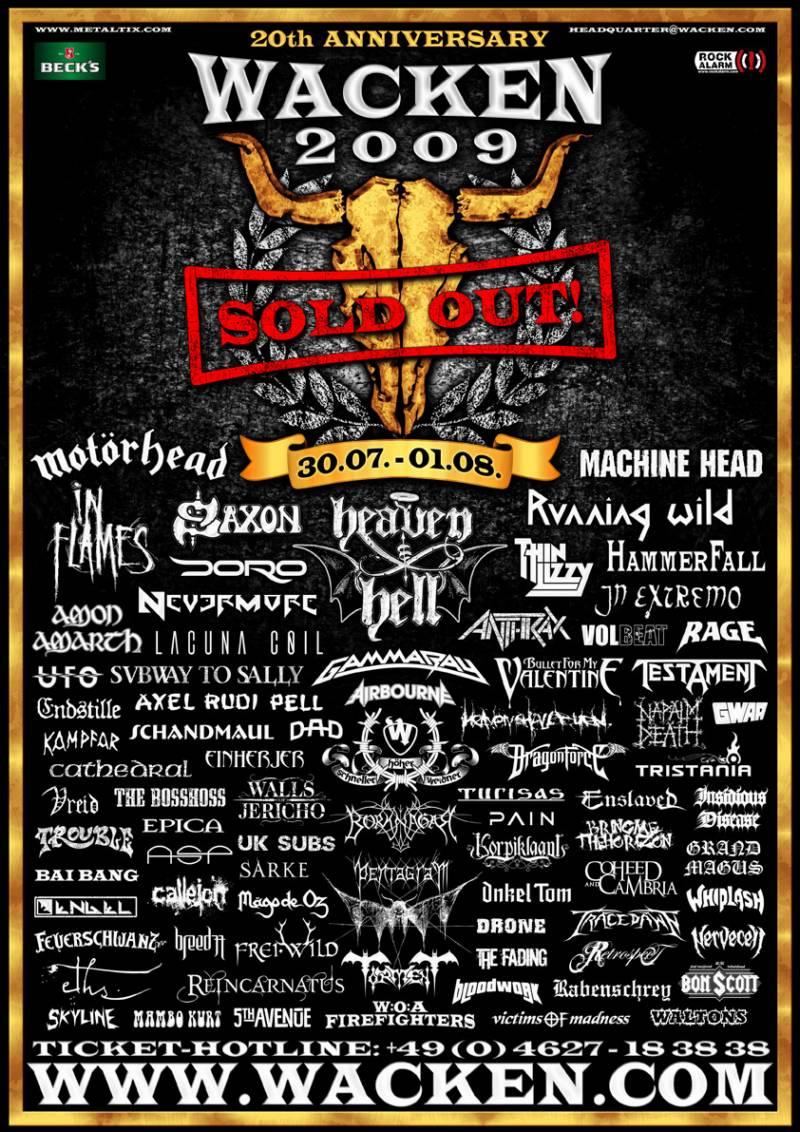 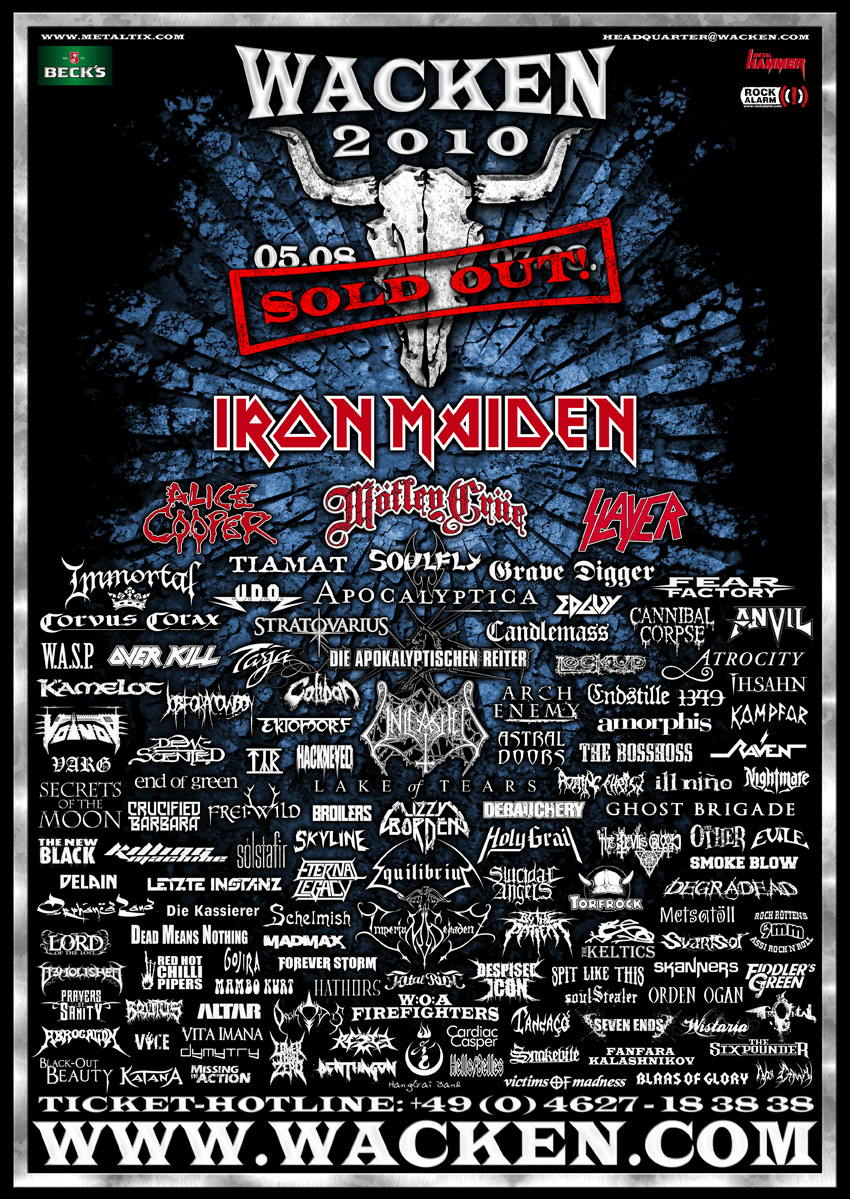 2011: Over 80,000 people turned up as the festival became one of the biggest open air metal festivals in the world 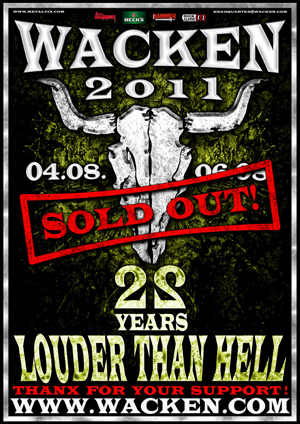 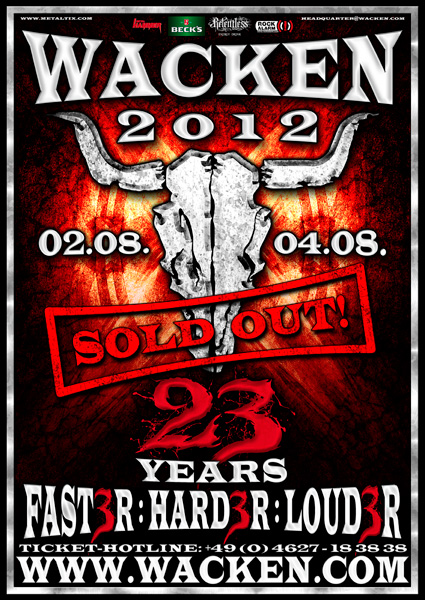 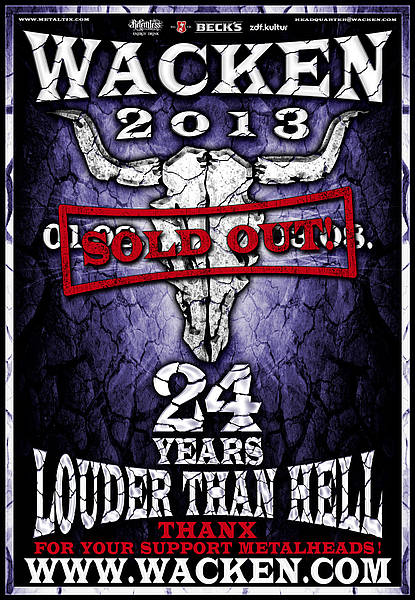 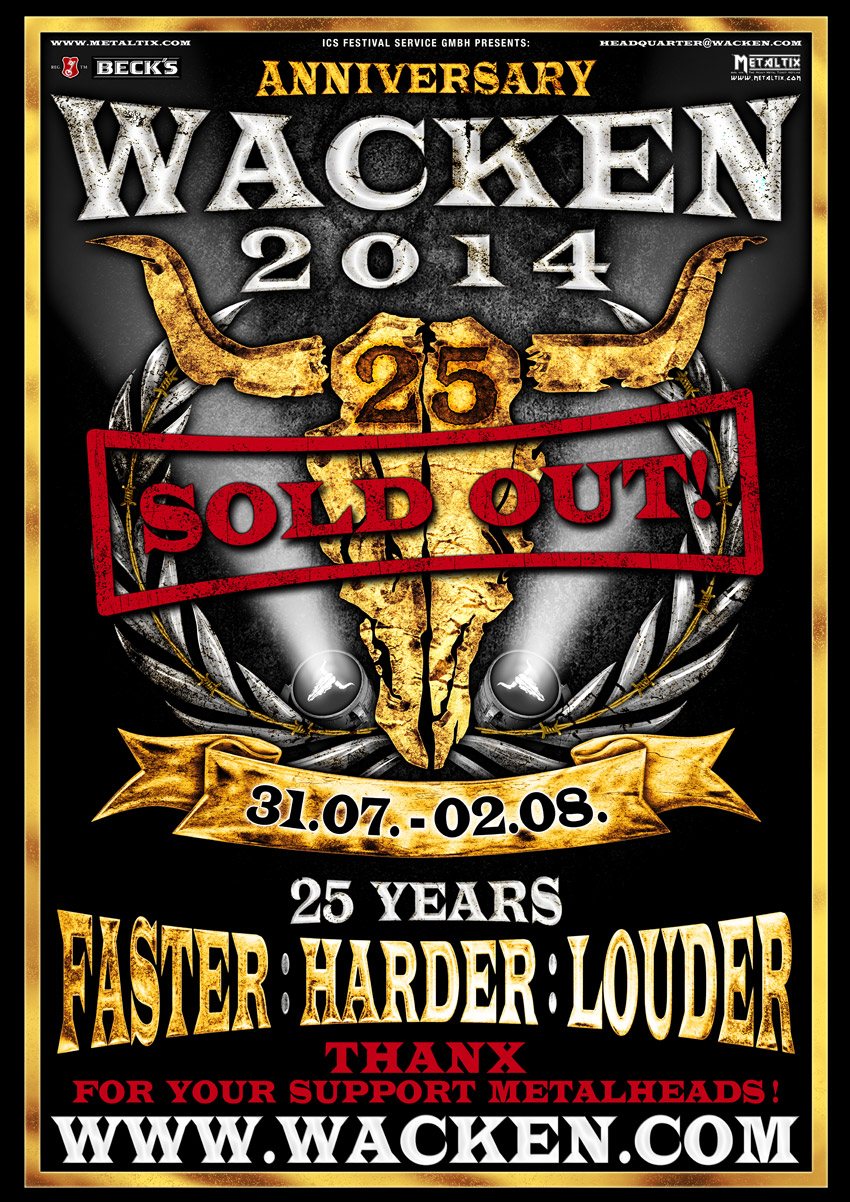 2015: Tickets sold out in just 12 hours, showing off just how popular Wacken had become 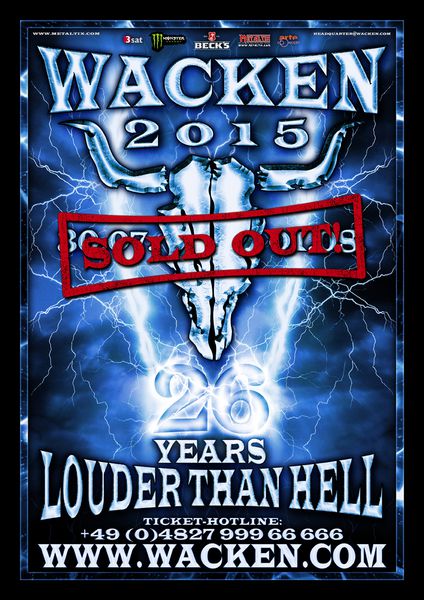 2016: This year saw a host of tributes to the late Lemmy Kilmister of Motörhead, including the former members of the band Dio performing alongside a hologram of him 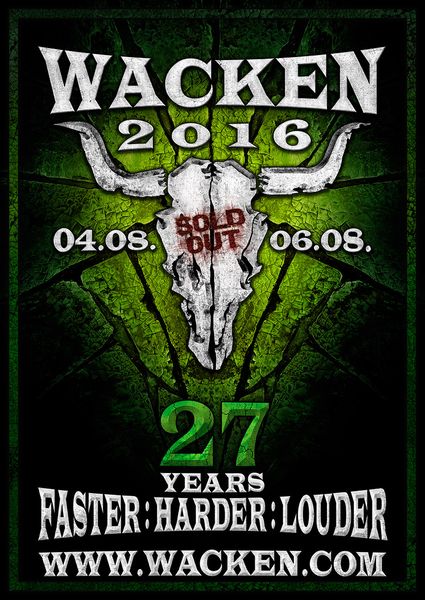 2017: Official stats recorded over 80 different nationalities at this year's festival 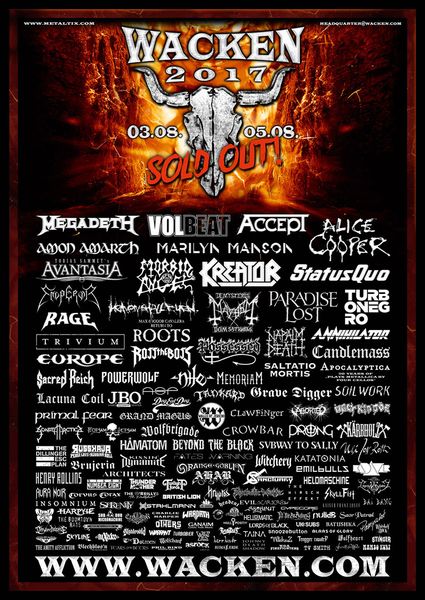 Wacken Open Air will take place on 2-4 August 2018. Find out more on our guide, and book your tickets, accommodation and extras to the festival here.