There's a particular freedom in not caring what other people think. Especially, it seems, for artists.

Oliver Kowalski and Tobias Schmidt joined forces in 1999, creating Moonbootica as a means to mix their eclectic tastes into something undeniable.

Their approach was and has always been there are no rules to music, except to stay faithful to our one true overlord: the groove.

With their new album Future coming out this month and a primetime set at this year's MAYDAY Dortmund around the corner, we caught up with the German duo to see how they're handling a busy 2018.

What does working as a duo offer that working alone doesn't?

In the best case scenario it can enhance the idea of one individual, in the worst case you have to make bad compromises or get lost in a fight over competence or taste and style.

I think if you really know what kind of outcome you want, working alone can be easier but when you're digging for ideas or just jamming, two people might have a bigger inspiration or feeling.

If the duo can channel that in a steady workflow it is a huge advantage.

You're putting out your first album since 2014 at the end of April. What's made now the right time?

We actually finished the album 18 months ago but it just didn't feel right. We decided to lose more than half of the tracks and start again with a fresher approach.

The album was finally done by the end of 2017 but guess what: it always takes more time to get everything straight for the release than you expect. So it took another couple of months to get the thing out.

It'll be your 5th studio album which feels like a big accomplishment. Looking back, how do you think your approach to making an album has evolved over the years?

To be honest, the way we work in the studio has not changed that much. The procedures are pretty much the same and we really like how we work together. What changed over the years, and I guess you can compare that to writing or basically every other art form, is the grade of refinement of your art.

You learn to be more precise and use lesser style elements to express your vision. But the fact is that after all these years we still have so much music in us that we have to get out, and that makes us feel blessed.

So yeah, studio album number five is a big accomplishment!

What do you think the sound of summer 2018 will be?

Mainstream-wise 2018 will still be all about techno, whatever that actually is. The next big thing will be softer and more melodic again. It’s the same old and boring cycle... 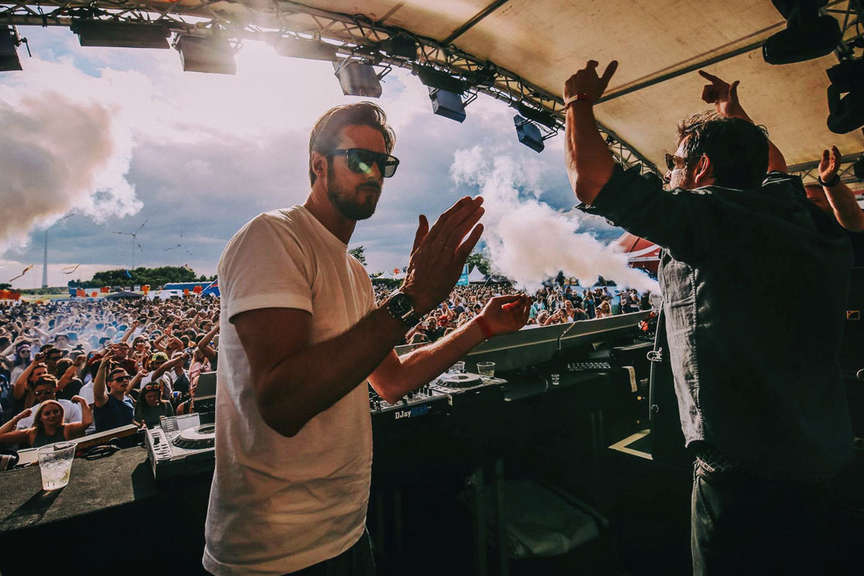 You draw from a wide range of genres, one of which is disco. I feel like disco has gone in and out of fashion more than most genres, but I'm wondering what makes it so great?

Disco, contrary to other music forms that occasionally influence modern dance music, is all about the groove and that is an essential ingredient in our work. We don’t necessarily need vocals or certain instruments but there is no way around rhythm and groove and disco music offers so many elements that makes our music work better.


Electronic music has undoubtedly influenced all popular music genres and yet remains somewhat removed from the mainstream music discourse. Why do you think that is? And do you think this helps or hinders club culture?

Two things, one is that electronic music still has the stigma of being not as worthy in terms of quality "handmade" music. People tend to ignore the fact that most music nowadays is more or less made with a computer.

The other thing is that electronic music is often equated with dance music, which main reason to exist is stigmatised as being superficial and hedonistic, and there you have your stereotype.

I can’t say if it helps or not but one thing is certain: big business money and mainstream exploitation is not doing any good for the club culture.

Do you think EDM deserves more or less respect than it gets?

There are lots of arguments for both perspectives but honestly, we don’t care.

I've seen you talk about trying to keep authenticity in your music and sets. How do you go about doing that?

We can’t really put that into words but in the end it’s all about feeling the music, the people, the vibe. Of course we all have to pay our rent but if you consider being an artist to be a business model, you are not an authentic part of this culture.

You have to feel what your audience feels and stay connected, and we truly love this connection.

What place does MAYDAY hold in the German music scene?

The MAYDAY is a rave legend, as simple as that and we are proud to be part of it.

MAYDAY Dortmund 2018 takes place 30 April, in the legendary Westfalenhallen. Find more info on our guide and book your tickets, accommodations, and more here.