Loco Dice occupies a pretty unique position in the electronic music world. His hip-hop credentials are undeniable, having been raised on the genre in his home city of Dusseldorf and supported legends like Ice Cube and Snoop Dogg while they were in town. These days, however, he is globally known as a one of house and techno's most respected DJs, producers and performers. His Ibiza residencies have become a thing of legend, and his shows across the globe attract hoards of loyal fans.

Ahead of his performance at NeoPop Festival in Portugal this August, we caught up with the main man to discuss hip-hop, kung fu, and 'the art of techno'.

Firstly, congratulations on reaching your tenth year of Desolat – what plans are there to celebrate the milestone?

Thank you! And big thank you to all our fans and supporters who were around in the last decade! We don't have plans, we didn't even realise that it's been 10 years. It came as a surprise. We just do our thing: listening to demos, finding music, sharing it with the world, supporting our artists, having fun…

Can we expect a 10 Years Desolat compilation like the 5th anniversary one?

There are no plans for a 10 Years Desolat compilation, but there is great new music that we'll release in the coming months: EPs from wAFF, Carloh, Alvaro AM and a few others we're currently working on.

What considerations go into deciding which music to release through your label? And have they changed at all over the last decade?

It's always about the feeling. I listen to all the demos sent to me, and I don't have any thoughts like: "does it fit on Desolat?". If I like it, I play it, and if there is this feeling of necessity to share it with the world, I'll release it on Desolat. Actually the name says all: there is no rule. It's about now, about the moment that we want to share.

As someone with famously strong roots in hip-hop, what’s your view on the scene at the moment? Any favourite artists?

Hip-hop was never as strong and diverse as [it is] today. Some of it is on the edge of total pop, but there is so much more – visible and less visible. There is also classic hip-hop rooted in the 90s. Hip-hop was always dynamic and vibrant, and for me it sounds exciting at the moment.

Was there a specific point when you became disillusioned with hip-hop, or did house and techno just overtake it as the music you wanted to play as a DJ?

It was a bit of both. At the end of the so called 'golden era' I felt that there was not much cool stuff coming. Also the whole style, parties, songs people wanted to play – that frame became narrow for me. At the same time I got sucked into the world of electronic dance music. It felt like there was more freedom, enthusiasm, less limitations, so many new sounds and many new ways to express myself as artist. I'm still there exploring the possibilities.

It seems like hip-hop and house seem to be overlapping more at the moment than they have for a long time; Drake working with Black Coffee, producers like Kaytranada blurring boundaries. Why do you think that is?

It feels like the house scene is rediscovering itself, going back to its early days where it was quite natural to mix styles. If you think of early Masters At Work/Kenny Dope productions, Sneak, or Armand van Helden, they all used hip-hop elements in their house.

Also, through my entire career hip-hop was there. In Pimp Jackson Is Talkin’ Now!! or the collaboration with Giggs on my last album Underground Sound Suicide. That Drake discovered an old Black Coffee track is of course nice.

Did your interest in kung fu stem from your early passion for hip-hop? The two often seem to go hand-in-hand (most notably Wu Tang Clan).

My interest in kung-fu goes way back. When I was a kid we'd watch all the Shaolin kung fu movies and listen to hip-hop. That was a natural process way before Wu Tang Clan.

How would you say practicing martial arts helps you in your job as a producer and a DJ?

Practicing material arts helps me a lot. I feel positive, healthy, focused, and disciplined which is good when you travel and play like I do. 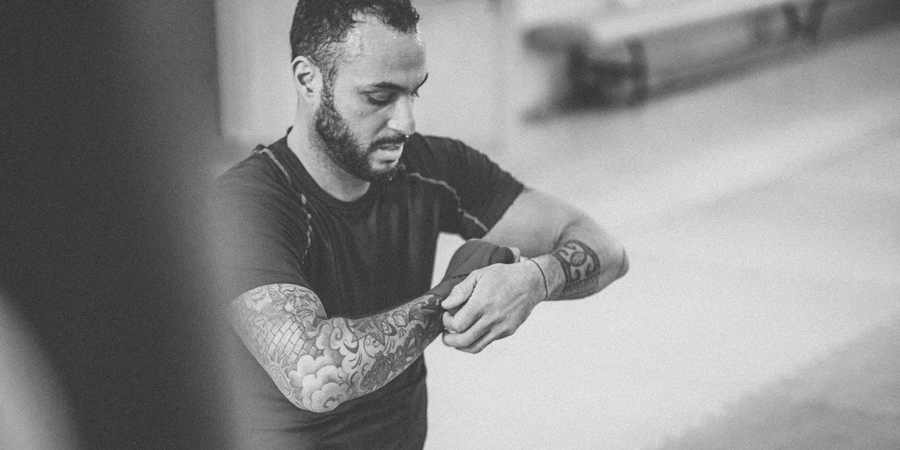 You’re playing NeoPop Festival in August, what memories do you have of playing the festival back in 2015?

I have only fond memories. Everything worked perfect. NeoPop is one of the best festivals. There is so much attention to detail, sound, stage, visuals, and the NeoPop team manages to create perfect symbiosis. I'm looking forward to be back.

NeoPop is celebrating ’The Art of Techno’ this year – do you think techno (and electronic music more broadly) gets the respect it deserves as an art-form, compared with other genres and styles?

I don't think that techno gets the respect it deserves as an art form. Maybe it's even ridiculed by people from other genres and styles. But does techno need that kind of respect, does it want to be there, what would be different?

Techno is alive, it develops, invents, reinvents and remains exciting. So let's celebrate together.

What balance do you strike between creating songs as pieces of standalone art, and creating them for the club (where they will most likely be heard)?

When I'm in the process of making an album, I'd rather be in the mood of creating pieces of standalone art, because albums were always about stories.

If I'm producing music for the club, then it's something that I want to play out. So the balance comes out of that context, where I am when I work in the studio. On my albums there are tracks for the club too, but they are maybe less obvious than straight 12" tracks.

How much preparation goes into playing at a festival? Do you have any idea beforehand which records you might play?

I'm hearing new music all the time. In a way I'm constantly preparing, but I don't have an idea beforehand. I have to be there, feel the vibe, listen to artists before, figure out how I feel, and then I just go with the flow. That's my way.

Finally, who else are you excited to share a stage with, or see perform, at the NeoPop Festival this year?

It's a great line up, and the day I play, besides my boys Paco Osuna and Chris Liebing, I'll check the legend that is Danny Tenaglia, and I hope to catch some of DJ Stingray. 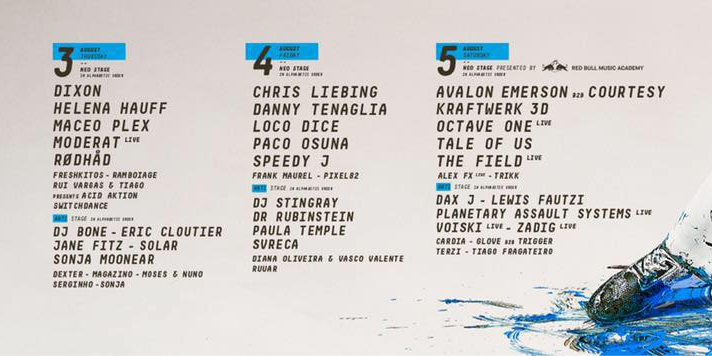