Rødhåd: "Dystopia was just a bad nightmare when we started... these days we are so close to it."

Given his status as one of techno's most established and respected figures, it might come as something of a surprise to learn that forthcoming album Anxious is in fact Rødhåd's full-length debut.

With the album – released on 20 October – the Dystopian label boss and master of the marathon set has further confirmed his decision not to be limited by the confines of the club when making music, instead bringing his recognisable sense of melancholy and his unerringly atmospheric soundscapes to a standalone piece of art.

That said, the live experience still promises to be something special, and with an appearance at MAYDAY Poland on the horizon, we took the chance to ask the man himself about his new record, happiness, anxiety and dystopia.

Can you tell us a bit about how the new record – Anxious – came together? What motivated the decision to create your first full length album?

Well, my friends and colleagues have pushed me for some years that I should try something which is not only limited to the dancefloor. So I released some pre-album EPs on Dystopian to test it. After I saw that I am able to produce longer music without losing the flow, I thought I should try the album format.

The artwork is pretty striking, what was the inspiration?

There is not a big story behind that. We had an amazing photo shoot with my good friend Matthias Wehofsky and I think we shot more than 400 photos.

First we wanted to go in a more neutral, more 'forest' direction – but when I saw the finished pictures with me on it, I wasn't so scared anymore to show myself.

I mean, in the end the album title Anxious also tells a lot about my feelings; being anxious about myself, the world, and also to face your fears. So we decided in the end to put this picture on the front cover, to face my own fears. 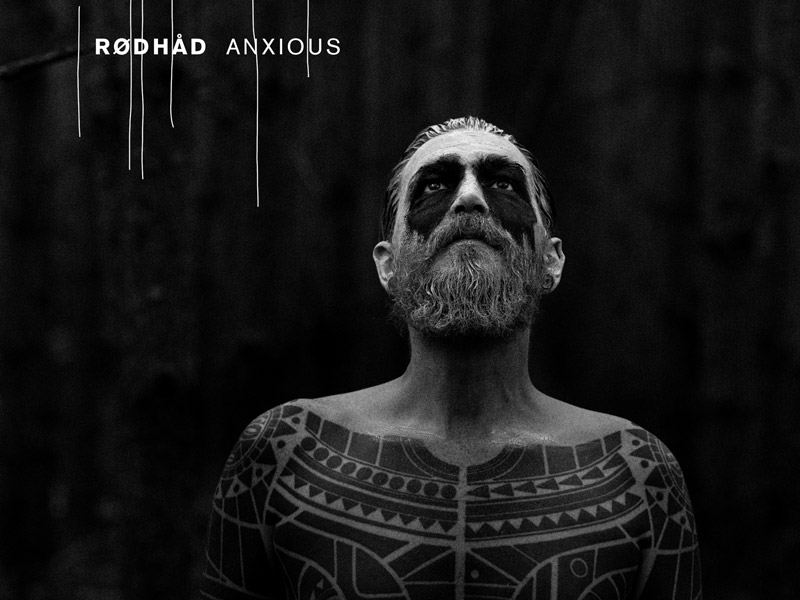 Is anxiety something that affects you?

Yes, the whole title deals with the actual state of anxiety all around us: in ourselves, in our behaviours, in my work, in my feelings, but also in the world outside. Dystopia and anxiety are quite close to each other these days.

Your work has often contained themes and literary references related to the label name - Dystopian. Does the current global political climate motivate you to create? Does it make you anxious?

It's crazy how fast things actually change. When we started in 2008/2009 with our parties and our label concept, a dystopia was just a bad nightmare, something really far away. These days we are so close to it again. It doesn't feel like a movie or book anymore, we are in the middle.

The releases on your label tend towards melancholy. Would you say contentment is the enemy of creativity?

Yes, totally. It's pure melancholy which you can hear in our releases.

Sci-fi references pervade the label’s output– Ringworld, Beyond the Black Rainbow, Alien Worlds – are these cultural influences that are shared by the Dystopian family?

Well, for us a lot of sci-fi also reflects the dystopian ideas. So we don't divide into a specific genre. And we are also big fans of Bladerunner, which is sci-fi and also dystopian movie at the same time.

We noticed there was no 'DYSTOPIAN 013' – are you a superstitious person?

With the move away from producing for the dancefloor, do you know how your new productions might fit into your set playing somewhere like MAYDAY? Or do you draw distinctions between the live experience and what you release on record?

There are some tracks on my album which can definitely be played in a club. And I am actually proud of it that it sounds good on the dancefloor and in your bedroom at the same time. That's how a music album should be – unique and without borders.

Being from near Berlin, did you get to experience the early days of the MAYDAY parties?

Unluckily never, but I've played MAYDAY before so I am looking forward to being back! 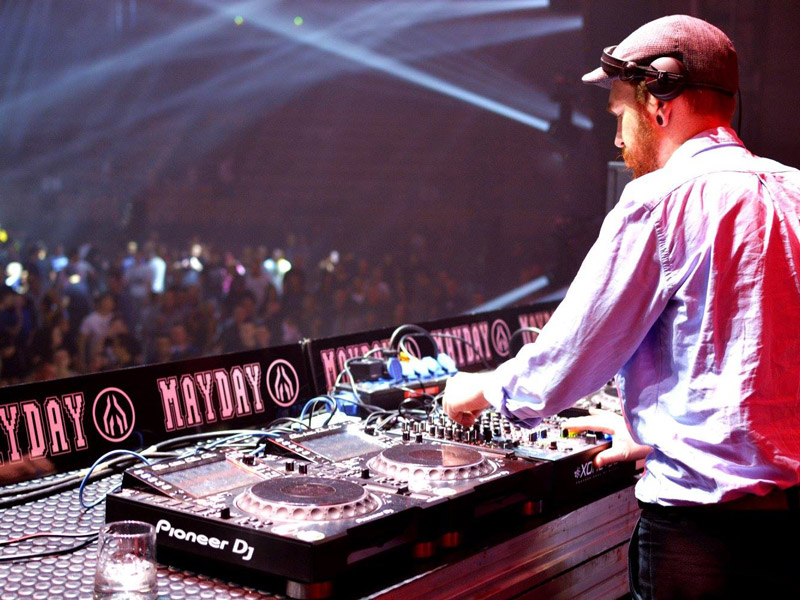 What memories do you have of playing the Polish edition for the first time last year?

Well, to be honest, I didn't have too many expectations, but I experienced a proper rave there; something I've missed a little bit over the last few years.

Finally, other than the MAYDAY appearance, what does the rest of the year hold for you?

I will post my gig schedule for my album tour in the next days on my Facebook, then you can see it!

Rødhåd plays MAYDAY Poland in Katowice on Friday 10 November. See our guide for more information, and for tickets and accommodation options.