Roger Sanchez: "So much techno nowadays is just house music called by a different name"

What's immediately apparent when talking to Roger Sanchez is his dedication. A DJ, producer, and label boss, the house music legend always seems to have a lot on the go.

When discussing specific things, it's remarkable how he can keep everything straight in his head. But I guess it shouldn't be surprising, coming from a guy who's been at the top of his industry for over twenty years.

Of course his ability to put together a killer a groove is undeniable, but it's his drive and desire to keep moving forward that stand out.

In the lead up to what will undoubtedly be a busier summer than your's, we caught up with Roger Sanchez and asked him all about how he approaches music, what it takes to break through, and the state of house music.

You release music under your own name and under the alias S-Man. What does having multiple musical projects offer?

In the beginning the reason I came up with different aliases was to differentiate styles and sounds I was trying out. We're talking way back in the '90s. The other reason was to allow me to work with different labels.

At that point in time the labels would sign a name or an alias and they would have an exclusive for a period of time. So to allow me to work with different labels and see who I was happy with I would create an alias.

In the end things changed and I was able to narrow it down to just two aliases that I felt expressed different sides of the production that I do. The Roger Sanchez moniker is much more on the soulful, Latin side and more vocals, a bit more accessible.

And then there's the S-Man who's much more underground and experimental, which can range from deep house to techno to anything I'm feeling.

I've always been someone who looks into the future and tries to challenge myself with different ways of doing what I do. If I try something out and it resonates, it's something that I'll definitely integrate into what I normally do in terms of my production and performances.

I'm constantly searching to see how far I can push the envelope. I don't stay comfortable in any one particular place and that's always something I've been about from the very beginning.

You grew up in New York and were influenced by the hip hop that was happening around you. Do you think hip hop gets the recognition it deserves in the evolution of house music?

It's interesting because hip hop is such a global phenomenon now. In the house music community, a lot of guys started in hip hop and then transitioned into house. I find a lot of the younger producers coming from cities like New York, LA, or Chicago, and even London, they have hip hop as a base of what they do.

I'm seeing more of the mashing up of hip hop and house recently. So it's interesting for me to see that coming full circle because there was a period in the '90s where we had a sub-genre called hip house where it was rap mixed with house. It wasn't so segregated at that point.

There are so many genres and sub-genres. Do you think they're necessary?

I don't feel it's necessary, but I feel like people like to label when something new comes along, just to stand out from the pack and say this is ours. But it really all comes down to dance music and I think the bigger labels like house, techno, EDM, whatever you want to use, tends to catch all when it comes to the different styles.

But like anything, people want to create their own thing and after a period of time it just winds up melding into the diaspora of the music we make. It starts off small, occasionally something will have a little more legs, like drum and bass, and really differentiate.

If it's really sonically different, then fair enough. But if it's just a particular sound that's used, I find it a little silly and sooner or later is just melts back into the general pot. 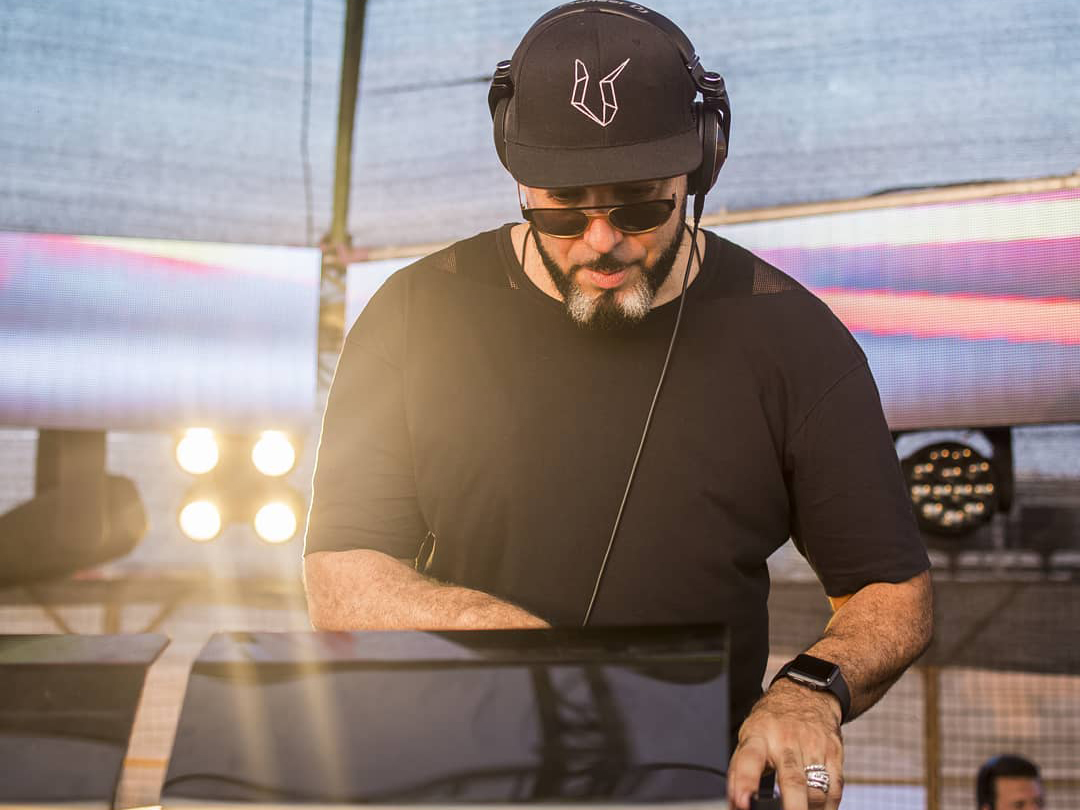 One thing I've noticed about your music and your sets is you really strike a balance between new and old and accessible and underground sounds. Is this something you do consciously?

I think at one point in time I was consciously trying to find how to express both sides. I have a part of me where I write songs and I want them to be appreciated by anyone, but there's also the more experimental side. In the end, it got to a place where it's natural for me. I think the best way I can explain it is I really do play what the hell I want (laughs).

I'm not worried about people trying to pigeon hole me in any one place. You know, I've heard people say 'oh Roger Sanchez, he's house.' And OK cool, I take that. It doesn't matter what kind of house, it's just house music. That's pretty much where I'm at right now.

I'm not techno, I'm not deep house, I just play house music. And whatever vibe I feel, I'll play. With latin overtones, which tends to be a big thing, but it's just a part of life.

Yeah, you've been doing the latin vibe for a while but it really seems to be big now. Have you been enjoying watching it get into the mainstream?

I mean it's more a matter of it coming back around. The latin rhythms are something that just makes people happy. It also resonates with a very tribal association that people have. It really is very visceral. The latin drumming is something that really resonates with people across different communities, races, so on and so forth. So yeah, it's been interesting to see that reappear. 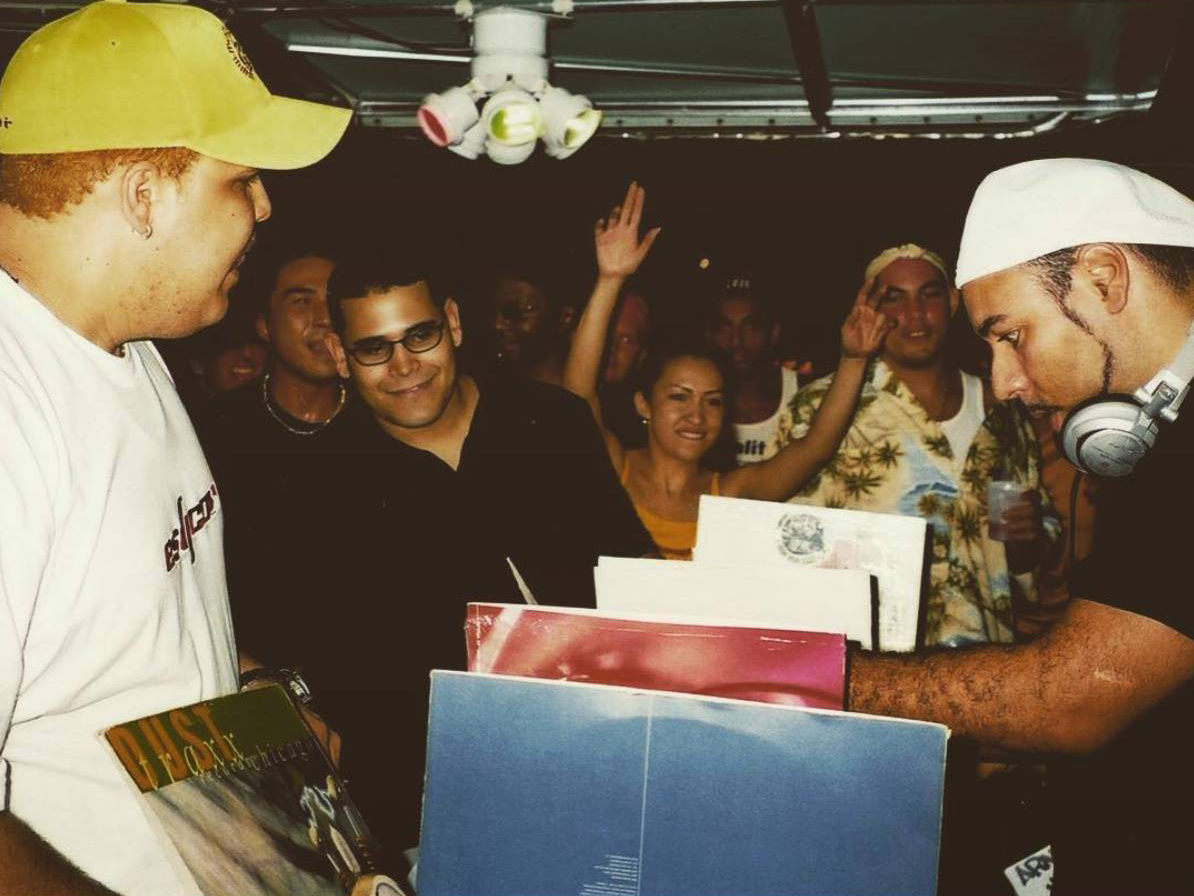 You seem like someone who's always got his ear to the ground. Where do you think house it going to go next?

What I've seen is house kind of faded back for a while as the more commercial EDM took the forefront. Then techno kind of became the thing that came up from the underground which has now kind of supplanted in a lot of places where EDM was. Where once you saw Martin Garrix and David Guetta, now you'll see Jamie Jones and Solomun. It's interesting seeing how that works.

House music is the one that's been very constant, but it's had a major resurgence, especially in the UK, but across the board too, so I see it being the steadier, long race. I see it as something that comes back to the fore, becoming a lot more present and viable.

A new generation kind of discovered it and called it something else, but it's still house. It's funny because I find so much techno nowadays is just house music called by a different name.

One of the things you're known for is hustling and grinding, and generally working hard. Do you enjoy this side of the business or do you just see it as a necessary evil?

No I enjoy it, it's just part of who I am. What I will say, though, is that it is a necessary evil, whether you like it or not. The reality is this industry is something that requires an inordinate amount of dedication. Just like any other art form, if you really truly want to master what you do, you have to give it 100%, there's no way around it.

You seem to be a person who likes to surround himself with friends, and you've been teasing a new S-Men release. How did that come together after all these years?

Junior, Sneak, and myself were in Ibiza last summertime and we happened to get together. I mean, we've been in contact all these years, but everyone's gone their own way and done their own thing. Inevitably, though, we wind up coming full circle and we're friends and we get back together.

So we said 'why don't we go into the studio and just see what happens?' So we went in and we basically started coming up with a series of ideas and we all thought that we really need to bring back the S-Men because it really is something special.

So we got together, we started rehearsing playing together and we just found that it was a lot of fun. Now we've finished the first track which is kind of like a reintroduction.

Take me through how the song came together because I'm interested in how three different artists work together.

Junior had some loops and then I came in and started structuring some arrangement and drum ideas. Sneak came in with some vocal samples and he put his own vocal on the track. So it was very much a collaborative effort.

We all put in what we felt the track needed. No one is trying to fight for dominance. It's more like 'I hear this, you hear that, fantastic.' We tested it out. Some things work, others didn't work. We keep what works and discard what doesn't. And right now we have four other tracks in various stages of production already, so we're really in the process of creating a full project out of this.