The first major names have been revealed for next year's Austrian EDM epic, with both David Guetta and Steve Aoki leading the announcement for Electric Nation Graz in 2020.

As one of EDM's most enduring figures, Guetta has remained at the top of his game since being voted number one DJ in the DJ Mag 100 DJ's poll back in 2011, indicative in his ability to command festival headline slots ever since.

Steve Aoki, who also played the same festival last year, returns in 2020 with Mike Williams and Will Sparks also announced.

Bear in mind that this is only the first phase announcement, so keep your eyes peeled for further EDM talents to be revealed. 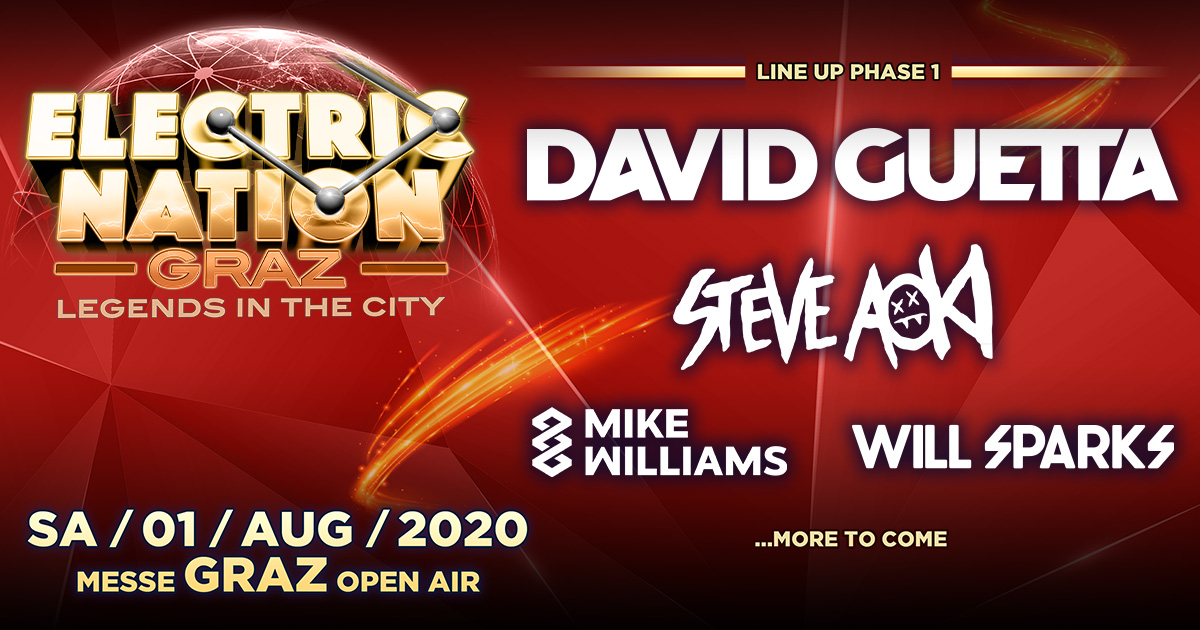