Lovebox Festival have revealed their first wave lineup of 2020's festival, set to take place on 12th to 14th June next year.

Leading the list of names confirmed to be appearing across the weekend are Disclosure, Khalid, Anderson .Paak, Charli XCX and Jorja Smith.

They join the already announced Tyler, the Creator, who will headline the final night of the festival on Sunday 14th June. 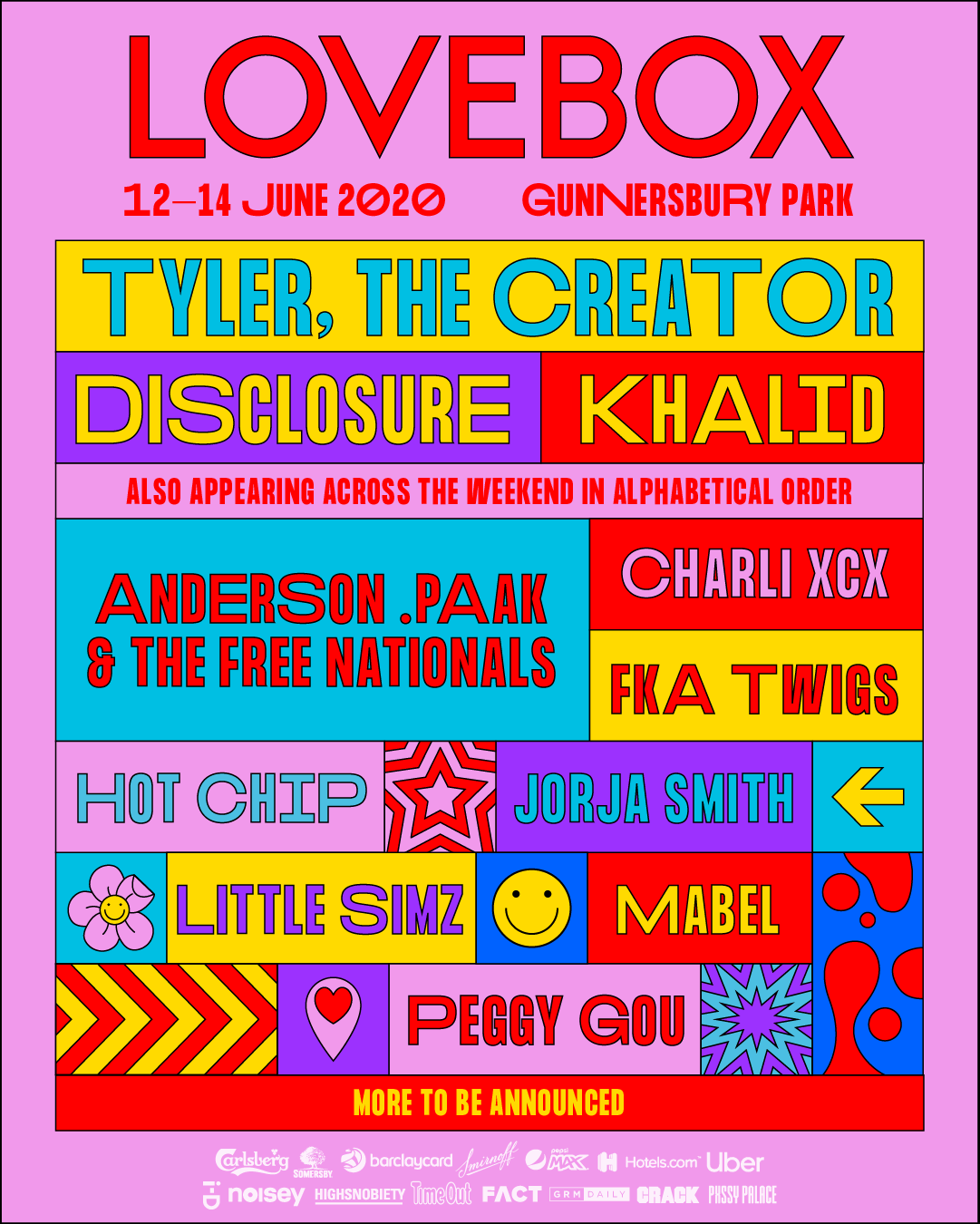