Whether it's classic rock or straight-laced alt/indie that gets you on your feet, the best festivals in Europe stretch from seasoned favourites like Rock am Ring, Download, Isle of Wight Festival and Reading and Leeds Festivals, all the way to the fresher-faced Lollapalooza Berlin.

If you're struggling to narrow down your options, here's something to get you started in your search for the heaviest sounds around.

Rock en Seine sets up a weekend of rock, pop-rock, indie and even the odd splash of reggae, on the scenic banks of France's most famous river. You won't find a better excuse to get yourself within touching distance of Paris city centre, either.

As close to untouchable as rock music festivals come, Rock am Ring has been watching the world from atop its throne since 1985. Rock im Park joined in 8 years later, and there's still nowhere else that combines mainstream greats with underground powerhouses with such good timing.

Born from the ashes of Monsters of Rock, Download carries a weight and prestige the resonates all over the world. But don't take our word for it: Corey Taylor of Slipknot and Stone Sour hails Download as “the destination for heavy-metal and hard rock fans.”

Lisbon's beer-sponsored festival giant is not afraid to stray from the genre that gives it its name, with 2019's festival welcoming The 1975, Lana Del Rey and Metronomy performing alongside some more genuine rock stars.

Garnering a worldwide reputation for a week-long feast of great music and even better atmosphere is not easy. But keeping it up from 1971 to the present and, surely, beyond is seriously impressive. Rosklide has bags of history and a long-established culture, making each edition a very special celebration of everything a festival should be.

A true global giant, there are few festivals around the world that command the same respect as Glasto. That's in no small part thanks to the consistently phenomenal lineups that see everyone from music veterans to rising stars make their way to Worthy Farm. 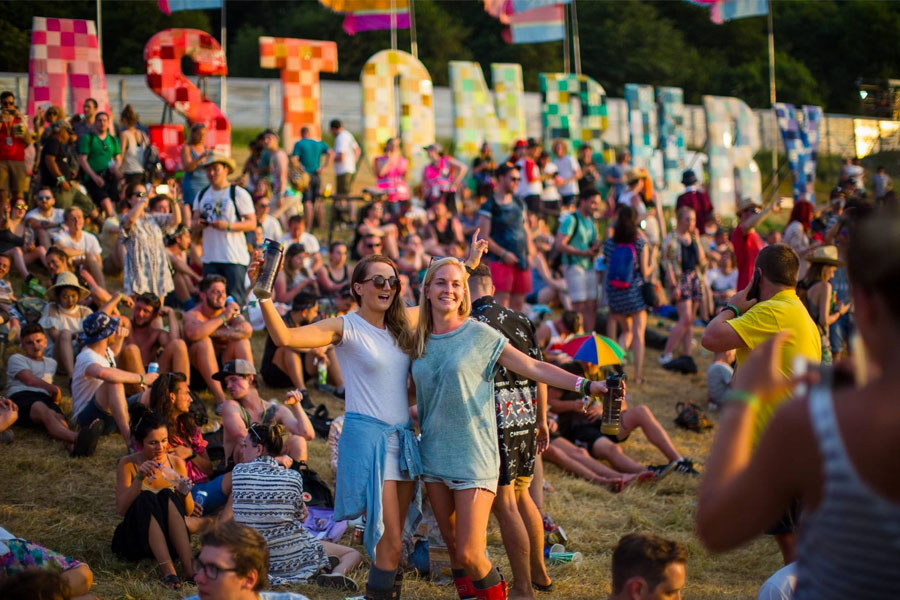 Over 55 years of rock, prog-rock, indie, punk and, more recently, genre-bending urban and electronic music make Reading Festival one of the oldest and most storied music festivals in the world. A diversified lineup now matches a shift in audience taste, but Reading and Leeds still represent some of the finest rock offerings of the summer.

Hosted by the historic centre of a beautifully charming French city, Main Square drags Arras into the present day with a lineup that brings fans flocking from all over Europe. An urban/electronic second stage draws yet another contrast with the rock-focused main stage.

It hardly seems fair that a city so culturally rich – and so envied around the world – as Barcelona should also boast one of the most popular and distinctive music festivals on the planet. Primavera Sound barely needs an introduction, while its cousin across the Iberian peninsula, Porto's NOS Primavera Sound, goes from strength to strength in its own right.

Over 200,000 people make Les Vieilles Charrues the biggest music festival in France, and its recent 25th anniversary celebration successfully took the whole thing up yet another notch. The Cure, Rammstein, The Black Keys, Muse and Bob Dylan are just some of the main stage's recent leading lights. 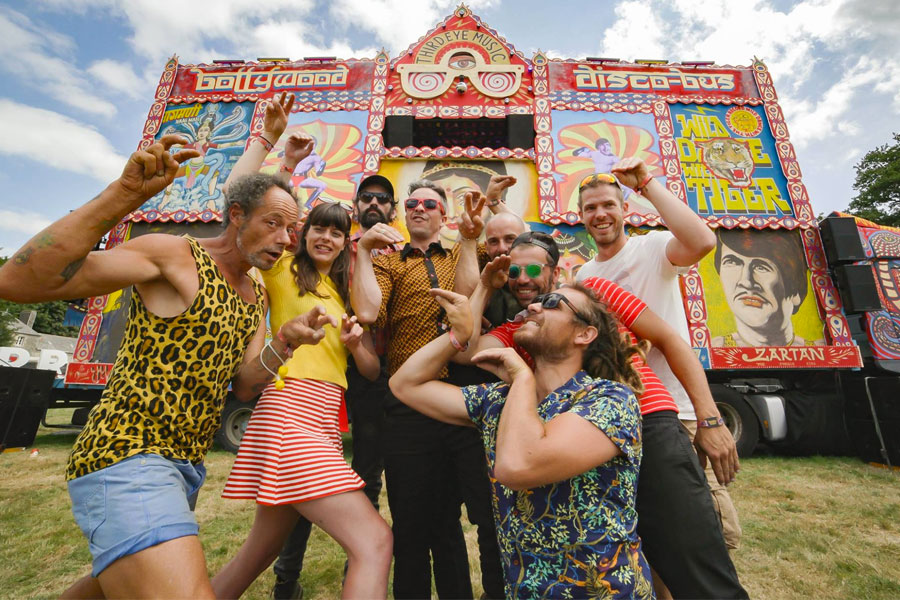 Bilbao BBK ticks all the location boxes with its mountainous backdrop. Nestled on the slopes of the Arriaz Mountains with an intimate atmosphere away from the city itself, the festival provides some fantastic views over Bilbao. Oh, and the lineups are pretty darn great too.

Read more: Bilbao BBK Live: Explore the city with WAS

It was a long journey to Europe for one of the USA's very biggest festivals, but Lollapalooza finally made it over the Atlantic in 2015. Back in Berlin for another round this September, a truly diverse lineup will once again make the festival one of Europe's hottest festival spots.

A first edition featuring Pearl Jam, The Smashing Pumpkins and the Beastie Boys was a more-than-telling indication of what was to come for NOS Alive (then Optimus Alive). Ridiculous weather and some breath-taking views sit comfortably alongside one of Europe's most innovative and ambitious lineups.

Five-time winner of ILMC's "Best Festival In The World" award, Rock Werchter is another festival that reaches back to another age. 1974 was the year it all began, and there's just something about it that keeps it bursting at the seams, year after year.

The summer of 1968 witnessed an unprecedented movement of youth culture in the UK, as hundreds of thousands poured across to the Isle of Wight and celebrated the best music in the world for just £1.25 each. We've come a long way since then, but such rich history still sets IOW apart from the crowd.

Read more: Isle of Wight Festival: A History in Photos 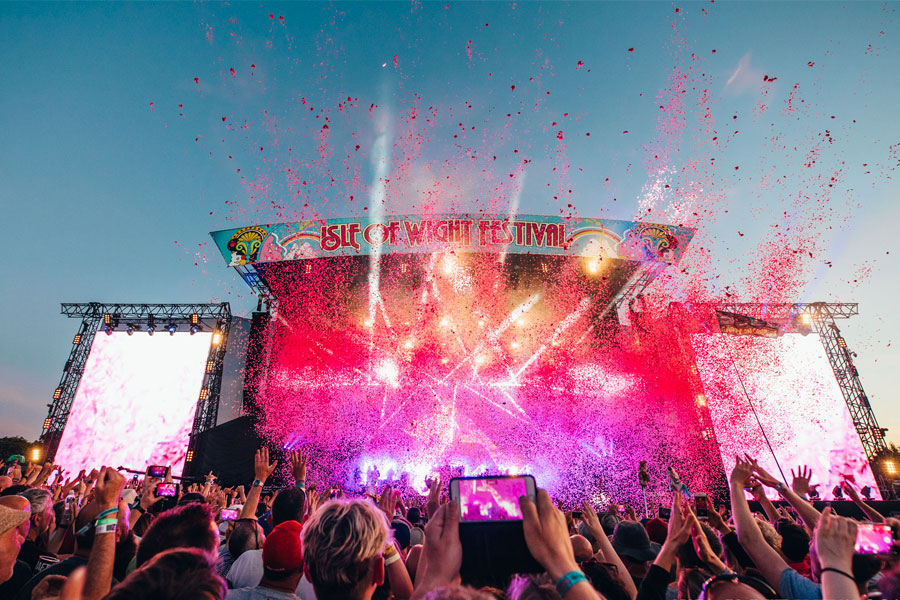 The Czech Republic's Rock For People stands tall in amongst the sea of bigger and better-known rock festivals around Europe. But what marks it out as truly special, is the profile of bands it consistently puts on, no matter that the crowds are much more intimate than elsewhere.

Germany's passion for hard rock and heavy metal is alive and well, with Hurricane and Southside leading from the front. Twin weekends welcome lineups that reflect more than just the heavier side of things, all the while celebrating a still-integral part of the country's musical makeup.

Rockavaria is a huge rock music festival in Munich, Germany. After a year off, Rockavaria returned in June 2018, laying on another massive weekend of established stars and new talent.

Stuffed full of everything from folk-rock to heavy metal, Azkena Rock celebrates lesser-known stars of Europe's underground scene – with a few classic rock legends thrown in for good measure. 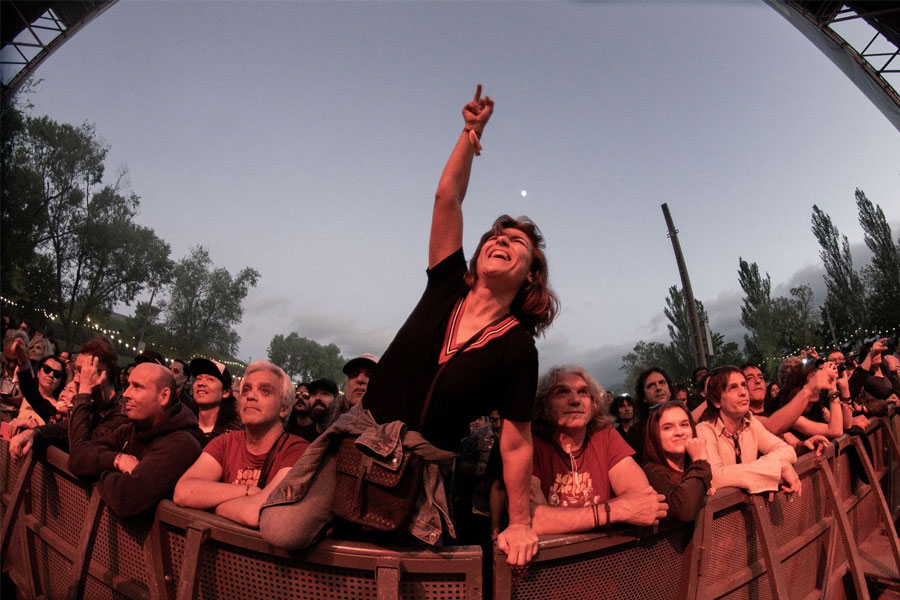 Perched on Spain's east coast, north of Valencia, the world-famous FIB is renowned for eclectic lineups that reach from pop to electronic. But there's always a strong rock spine, with 2019's edition welcoming The 1975 and Blossoms.