Festicket Does ADE: The World’s Most Important Electronic Music Event

A month ago we did a Beginner’s Guide to ADE. Now that 2014’s edition has been and gone, we look back at just what it is that makes these 5 days and nights in Amsterdam such a big deal.

An atmosphere unlike any other

For anyone who loves electronic music, ADE is just an amazing place to be. You can tell that Amsterdam likes to party, and people there go crazy but not over-the-top mental. Every event is put on by promoters and venues that are showcasing themselves at the most high-profile promotion event in Europe, so lineups and production levels are totally top-notch. It’s so good that it’s hard to choose where to go. But wherever you end up, the chances are you’re going to have a great night out.

Amsterdam is the perfect city for it

The thing about Amsterdam is that you can feel how deeply electronic music runs through its veins. It’s pretty fit for partying – small and large venues all over town, an amazing electro-loving atmosphere – and the whole city revolves around ADE. It’s really not too expensive, and it’s a small enough place that you can run into top international DJs just wandering around the streets or having a cigarette outside a venue – my best spot was Seth Troxler! Even the local shops get involved as part of the ADE Playground. During the days, Amsterdam has that relaxed-feel that’s the perfect cure for the heavy night before, with great cafés and coffee shops everywhere. Chilling is something the Dutch do exceptionally well – it’s pretty much a national sport.

One of the best things about ADE its that there is absolutely something for everyone. Every single genre of electronic music is represented, from the world’s biggest EDM DJs to showcase nights of indie-electro fusion bands; and every taste in shows is catered for, from massive warehouses to the tiniest and most intimate corners of town. Even though the conference is a huge part of ADE, and the reason it all happens in the first place, ADE is such a fun place to be even if you’re not interested in the business side of it. The conference means that all the artists you can think of are there, all in one amazing place – and it’s just like seeing everybody who is going to be at the festival season next year. One for trend-setters, that’s for sure. 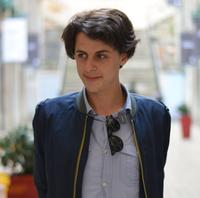