Despite being pioneered in the US and becoming one of the county’s biggest modern exports, hip-hop has an equally rich scene in France, though unfortunately it hasn’t been given the limelight it deserves due to the difference in language. Since the early 80s, the French hip-hop sound has taken its own form, blossoming into a multitude of styles that often authentically paint a picture of French identity, whether that be through describing police brutality, growing up in a banlieue (suburb), or climbing to the top.

As the genre grew and gained recognition, festivals around France have been showcasing this local talent, giving artists the platform to grow into international stars. Many of France’s hip-hop artists grace stages all over the globe, flying the flag for their country, whilst there remains a thriving underground scene full of undiscovered gems.

We take you through some of the artists and festivals which define and celebrate the French hip-hop sound. 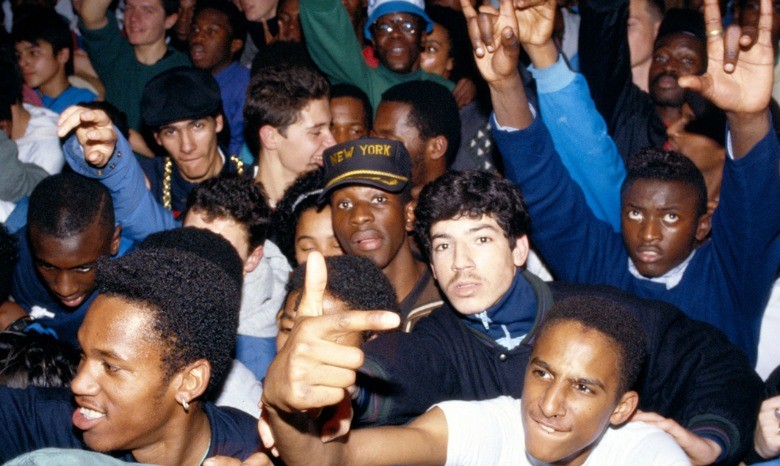 Flourishing throughout Paris and Marseille in particular in the 90s, a New York-inspired sound formed which embodied boom-bap culture, utilising old school funk and soul samples, as well as demonstrating lyrical flare.

IAM were one of the key players in this movement, directly taking inspiration from the Big Apple and showcasing it to the masses in France - founding member Akhenaton (Chill at the time) made trips to New York and developed a close network with rappers involved in the scene.

Their second album De la Planète Mars (Virgin Records in 1991), became the first rap album ever to be released by a French group. From their beginnings, they received exposure from international stars including Madonna, who IAM opened for on her Blonde Ambition World Tour, as well as a collaborating with Wu-Tang clan. Despite becoming hip-hop heroes and gaining worldwide acclaim, the group has retained honest lyrics and playful concepts.

Other artists possessing a similar style and origin include Suprême NTM, Fonky Family, and Oxmo Puccino, who have graced the stages at the likes of We Love Green, Freemusic Festival, and Lollapalooza Paris. 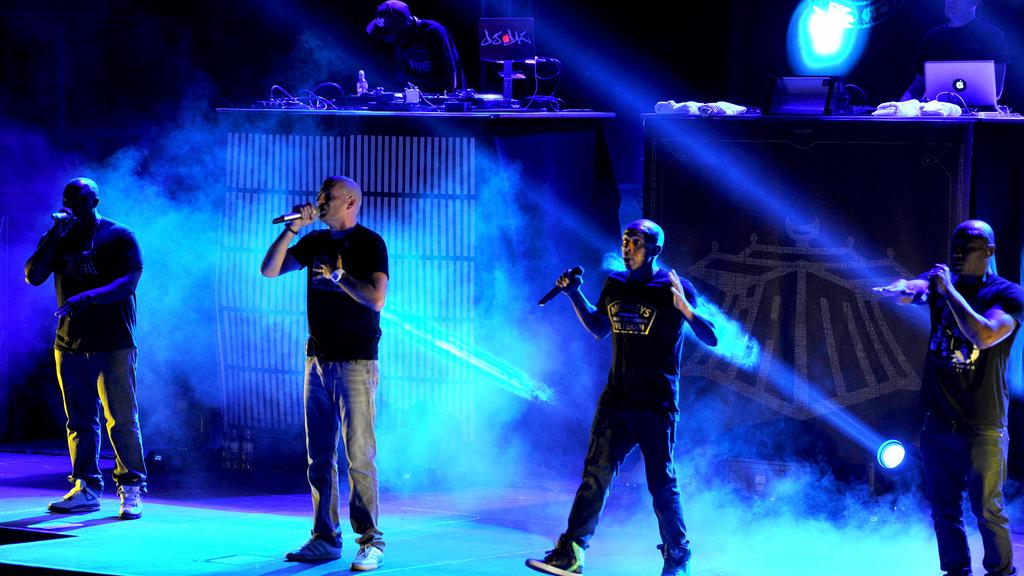 Lollapalooza has blossomed into a universally adored brand that brings some of music’s hottest talent to huge crowds around the world. One of the newer locations to join Lollapalooza’s empire is Paris, set in the rich green surroundings of Hippodrome ParisLongchamp. A multitude of sounds are represented at the festival including rock, pop, and rap music in particular. Artists from the worlds of hip-hop, trap, and drill from France and beyond are showcased over two days, displaying why it is in such high demand.

Some claim MC Solaar is the greatest French rapper of all time, famous for his acid jazz-rap styles and impressive flow which is consistently powerful throughout eight studio albums. He is another artist to find early success internationally, particularly in the US, effortlessly displaying that the French language was not a barrier, rather a tool to illustrate technicality and the undeniable skill of his rhythm and lyricism.

Although the Senegalese born rapper does not play many festivals, he continues to dazzle crowds with concerts around France and Europe. 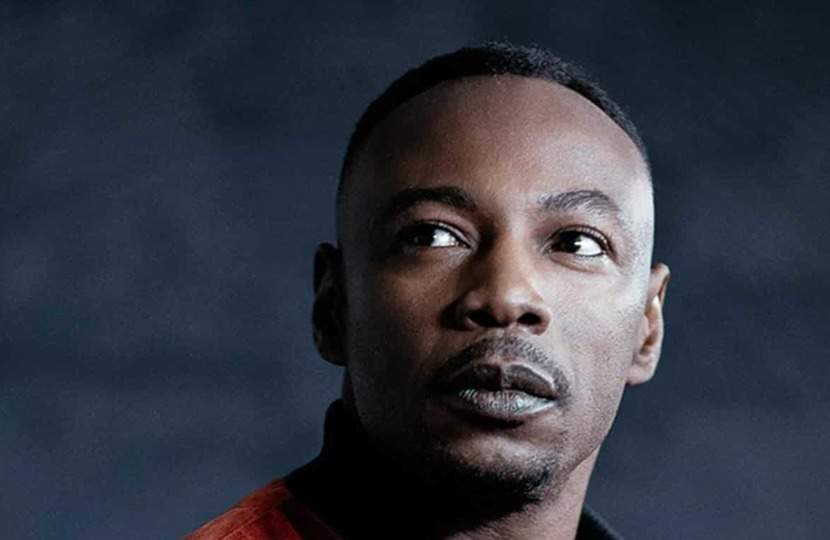 Another festival series to land in Paris is equality-championing global giants AFROPUNK, who celebrate black identity and female talent through musical performances, art, fashion, and film. 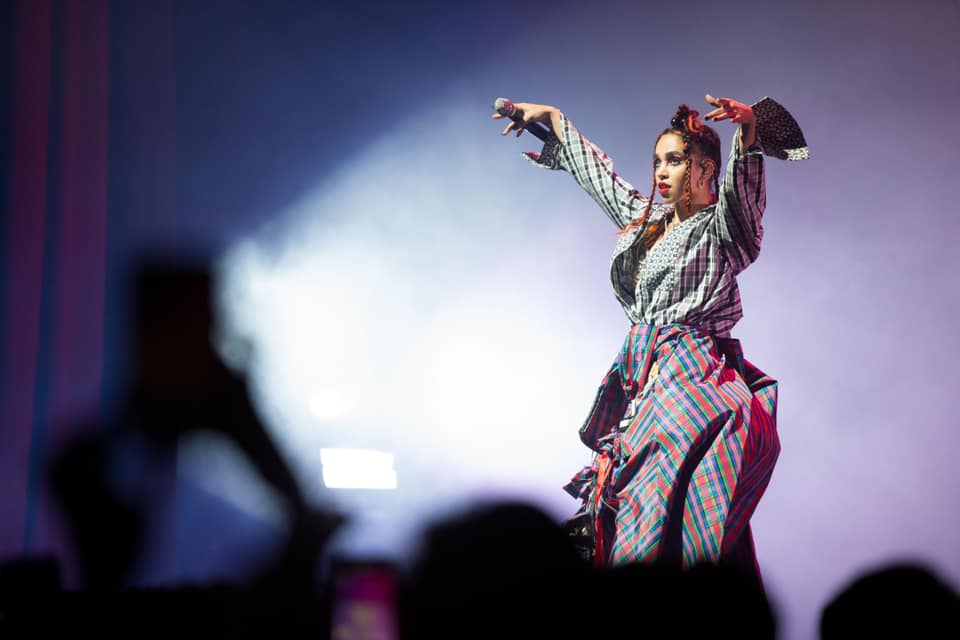 In the 2000s, laidback cheeky G-funk inspired styles made way for a more aggressive, gritty sound which incorporated breakbeats and off-kilter rhythms, possessing an unsettling yet exciting and fresh feel.

One artist paving the way for this style in France was Booba, who after a brief stint as a breakdancer in the early 1990s, partnered with his friend Ali to form Lunatic, releasing critically acclaimed album Mauvais Oeil in 2000 before disbanding in 2003. It was here that Booba embarked on a solo career that has seen him sell over 10 million records, cementing himself as one of the most popular French rappers.

Across a successful career, Booba has played the likes of Metro Metro, Dour Festival, Les Eurorockéennes, and We Love Green. 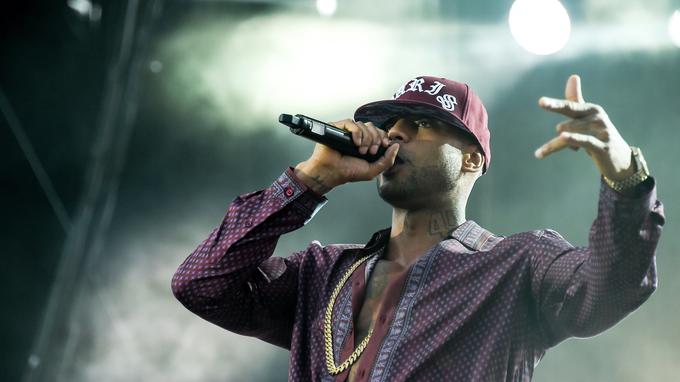 As the name might suggest, We Love Green a music festival committed to the environment, consciously addressing environmental issues and using its community of loyal attendees to make an impact. The festival also boasts an eclectic lineup of international icons and rising stars to support the cause, soundtracking the picturesque leafy backdrop of We Love Green.

With a mix of pop, indie, electronic, and hip-hop, the festival's programming is far from tiresome and allows revellers to discover musical gems. Recent hip-hop highlights include Young Thug, Vald, Lomepal, and Action Bronson. 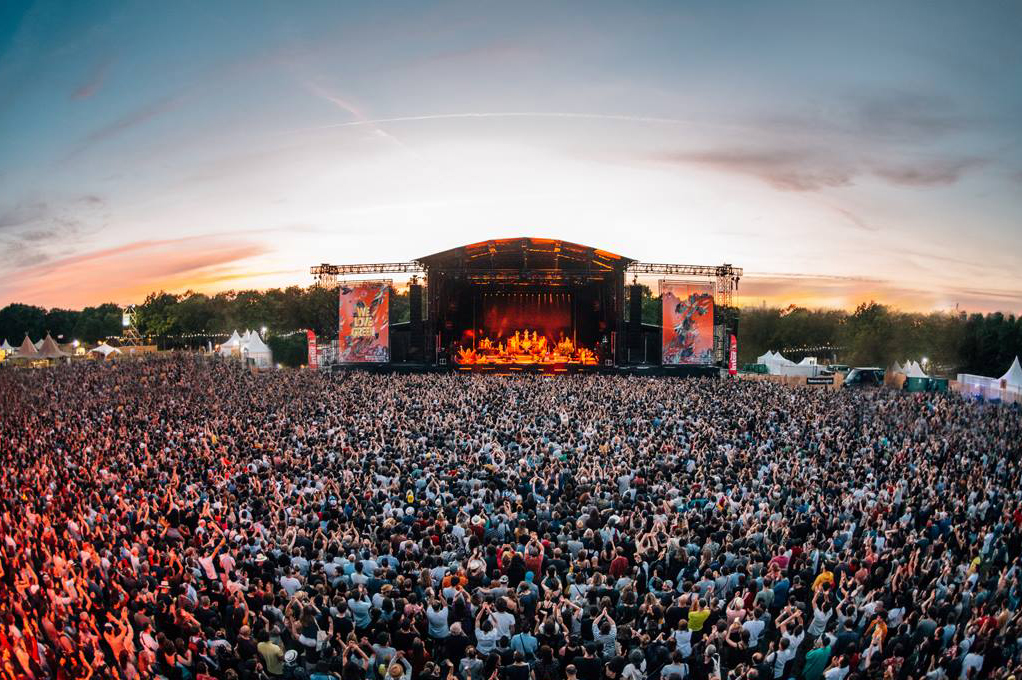 The 2010s turned down the rough-and-ready sounds of rap and introduced trap, a sound which possessed booming kick-drums, double-time sub-bass, and equally dispersed hi-hats. Already popular in the US, the style was imported to France where artists such as Kaaris, Ninho, Hamz, and Niska were at the forefront of the movement.

The latter, although not coming onto the scene until 2015, very quickly made an impact with debut album Charo Life, which charted number three on the French charts. He has since released three more albums, two of which landed at Number One, becoming quintessential records of the French trap scene. The 25-year-old will be sure to continue flying the flag for French swagger-induced rap.

He has played festivals including La Magnifique Society, Solidays, and Freemusic Festival. 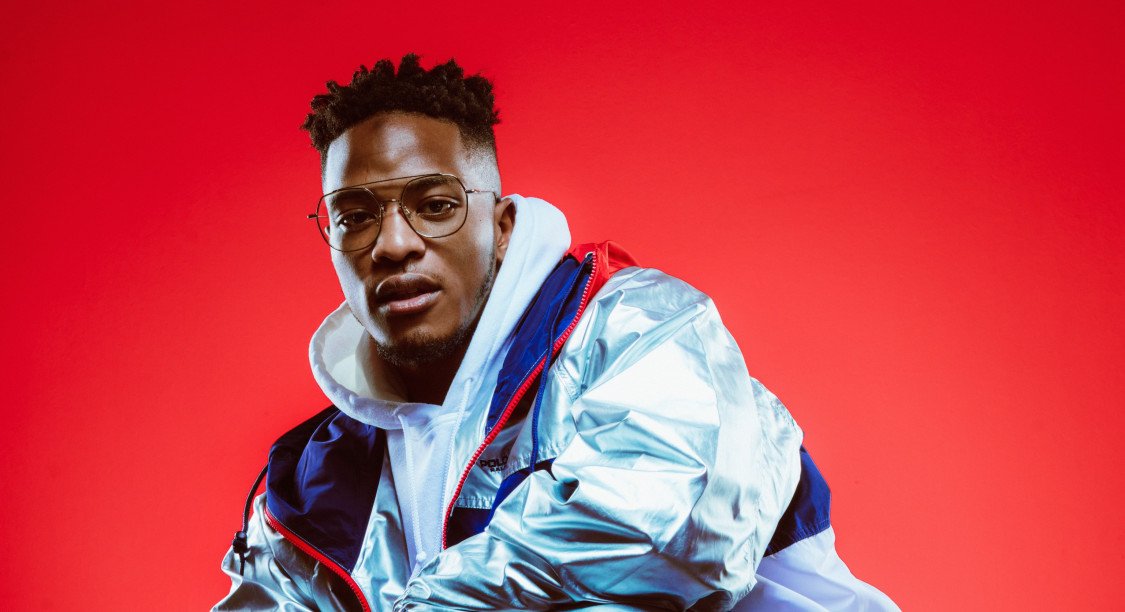 The festival, which kickstarted in 2001, has a free-spirited atmosphere and celebrates all corners of music, particularly sounds that represent France as a nation. Hip-hop is one of them with recent performances from the likes of Ninho, PLK, Tsew The Kid, and Vald. 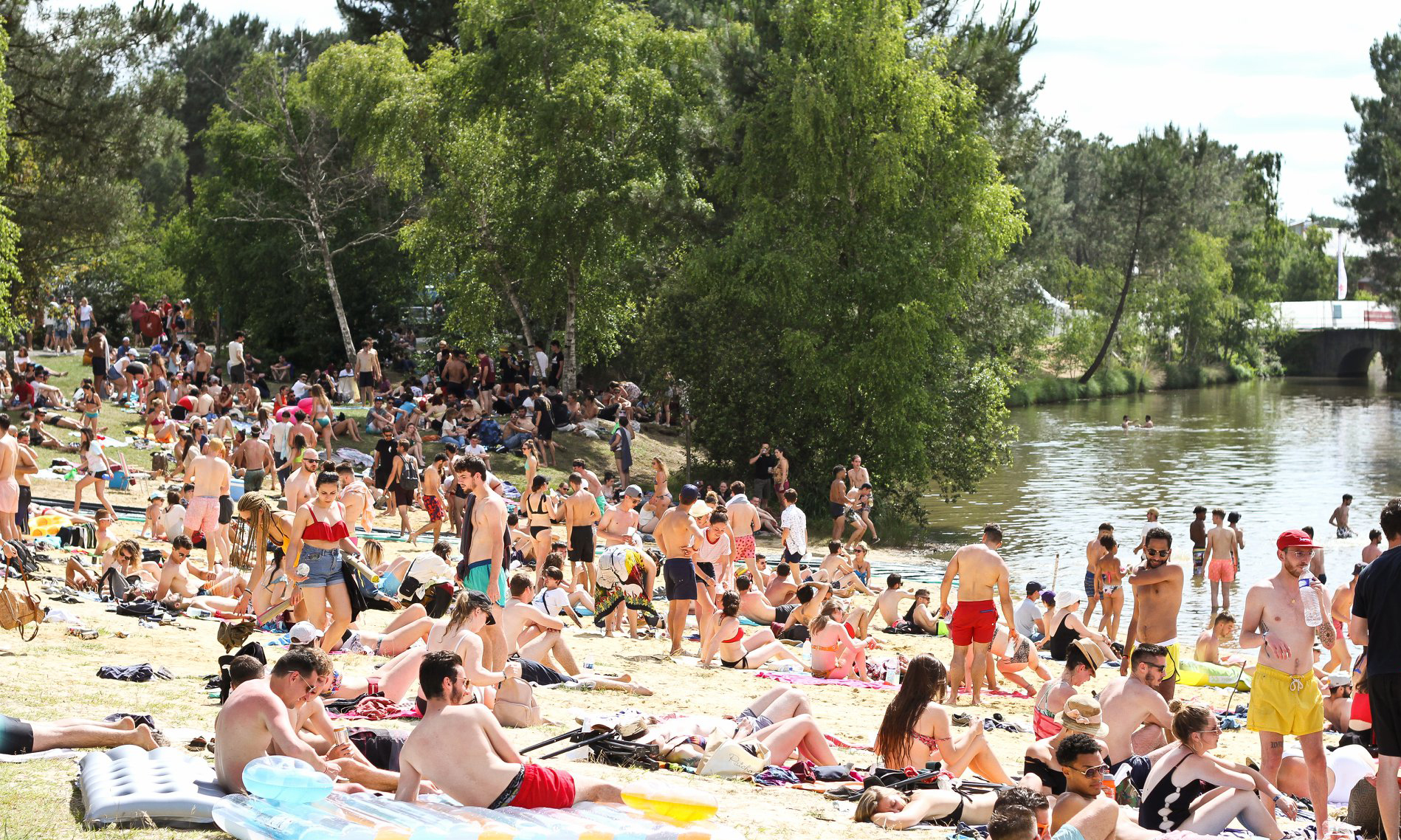 In the latter half of the 2010s, French rap emerged from the shadows and commercially became the nation’s biggest trend, dominating the charts and festival bills around the country. Unlike much of the French scene prior to this, particularly when it first began in the late 80s, the music’s themes leaned more towards rising to the top of the game and thriving on the tangible things that come with it, a la fame, money, fast cars, and women. This was opposed to the authentic honest tales of artists who struggled to make ends meet and faced struggles of racism and police brutality (as demonstrated in critically acclaimed film La Haine).

Nekfeu, along with artists including Romeo Elvis, Lomepal, and Aya Nakamura were leading this scene and gained international success. Despite being a big player in the French rap scene, Nekfeu made a name for himself with personal and political lyrics, opening up his thoughts in a stream of consciousness-type of style, yet always boasted a strong flow and tight production. His latest album Les étoiles vagabondes flew straight to Number One and has since received acclaim within France and beyond. On top of music, Nekfeu has gained success as an actor, making his debut in 2017 alongside the iconic Catherine Deneuve.

Nekfeu’s touring schedule is consistently stacked with frequent performances at the likes of Solidays, Garorock, Dour Festival, and Festival Beauregard. 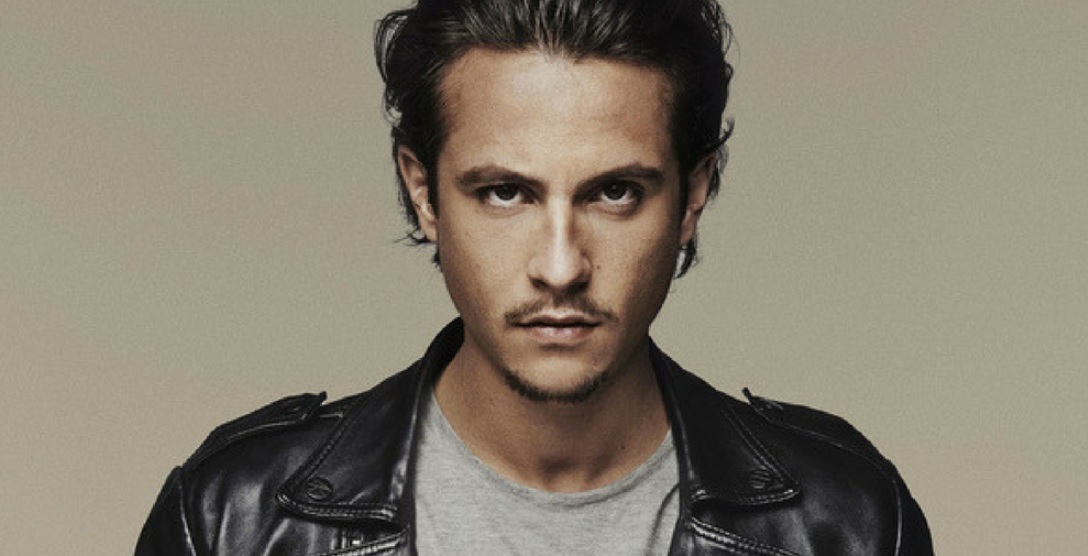 Set in the heart of Normandy, halfway between Caen and the coast, Festival Beauregard is a multi-genre music festival that focuses on connecting the intensity of live music, the majesty of nature, and to unite all attendees who share a passion for discovering musical gems.

Over a varied music programme, the four-day festival which takes place in July welcomes talent from the scenes of pop, rock, reggae and hip-hop to grace its treelined stages. Recent hip hop performances come from Supême NTM, PNL, and Body Count. 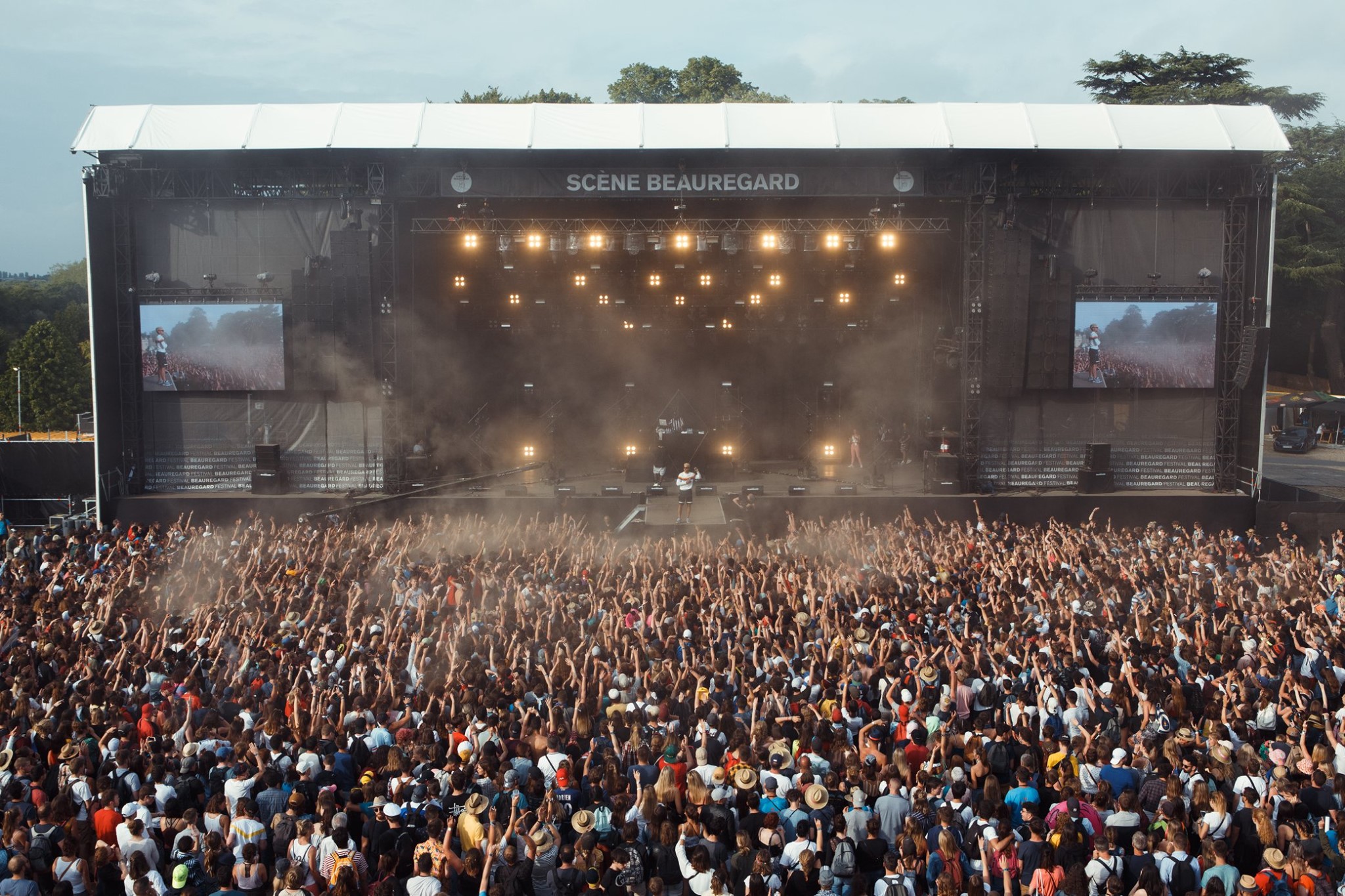