Since dance music phenomenon Swedish House Mafia took their final bow back in 2014, former members Axwell and Sebastian Ingrosso have certainly not rested on their laurels. Now together as Axwell Λ Ingrosso, the duo have consistently produced new music, toured the globe and wowed crowds with their bombastic live shows.

Looking ahead to their performance at Barcelona Beach Festival in July, they talked to us about hip hop, dream collabs, touring, and what their future holds.

The video for the new single I Love You is pretty striking, and it seems like that’s often the case with your videos. How much input do you guys get to have in the creative process?

We take it seriously but also have a lot of fun with it. We really like meeting other creatives and getting their take on everything: art, photography, videos, shows. It’s one of the nice parts of our job.

The latest single features Kid Ink and you’ve previously worked with Pusha T; would you say you are hip hop fans?

We both respect hip hop a lot, and how on Drake and The Weeknd's albums there are electronic influences in there. It’s incredible to see.

Are there any other rappers you’d like to feature on a song?

Future would be really sick.

What about other artists, who would be the dream collaboration?

Michael Jackson if he was still alive for sure.

You are now entering your fourth year as a duo, how has dance music changed in that time?

It’s really diverse and exciting at the moment. All different sounds and styles having their own special worlds.

How about in the time since Swedish House Mafia first formed nearly a decade ago?

That’s been a much bigger change, from when dance music wasn’t so known and popular, like in the US. Back then it much more underground, even in Europe. 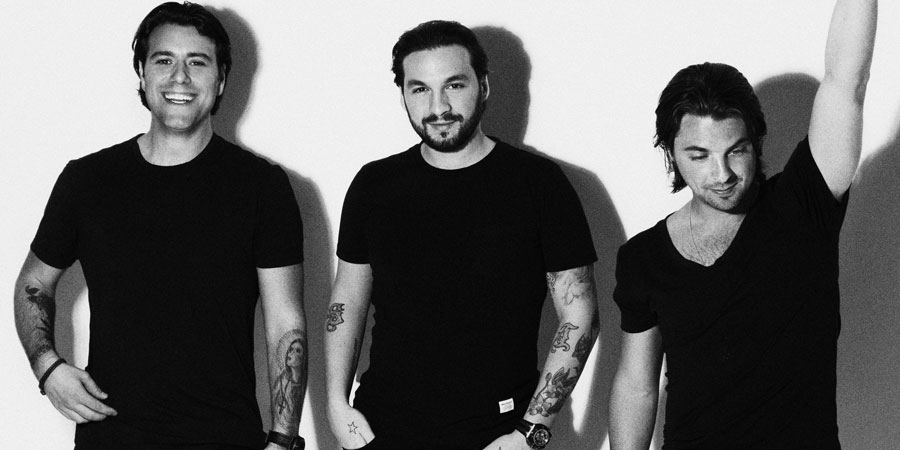 There are few countries with as many big dance music stars as Sweden, other than the Netherlands and maybe the USA. Why do you think that is?

Music has always been a big part of Swedish culture and Sweden is very supportive early on for children who want to learn about music in school. If you want to learn how to produce music in a normal Swedish school, you can.

It’s also dark so much all year it really helps that you want to stay in the studio and get creative.

This summer you’re playing all over Europe once more, does touring still bring the same excitement or has it become second nature now?

We still love touring because we’re always playing and testing our new music, seeing how people enjoy it. For example, we played More Than You Know in full for the first time at Ultra for like 50,000 people and they loved it. That’s always the best feeling.

How much of your time on the road is spent with one another? Is it possible to give yourselves personal space?

Too much time [laughing]. We’re best friends, we go on holiday together, our families are very close.

You’re playing Barcelona Beach Festival again this July, what memories do you have of playing last year?

I think that crowd was the best reaction we got to playing Sun Is Shining live out of all our shows last year.

Is it a city you’ve had the chance to explore over the years?

What can fans expect from your set at the BBF this summer?

Finally, what’s in store for Axwell Λ Ingrosso for the rest of 2017?

A lot of new music, a new show. More of everything as we’ve started our own label and we have our new studio in Sweden to just constantly work with creative people. We’re really happy with where everything is going. Things just keep getting bigger and bigger and that’s an incredible feeling.