Miss Kittin: "Labels always pushed me to confuse them more"

With 20 years experience, producer and DJ Miss Kittin has accomplished a lot. From hit singles to illustrious residencies, there isn't a whole lot she hasn't done.

But with Milkshake Festival coming up this weekend, it's almost guaranteed she's heading for a first: sharing a festival time slot with The Village People.

To mark this momentous occasion, we caught up with the French electronic music pioneer and asked her about everything from the use of genre to electronic music's queer culture roots to her plans moving forward. 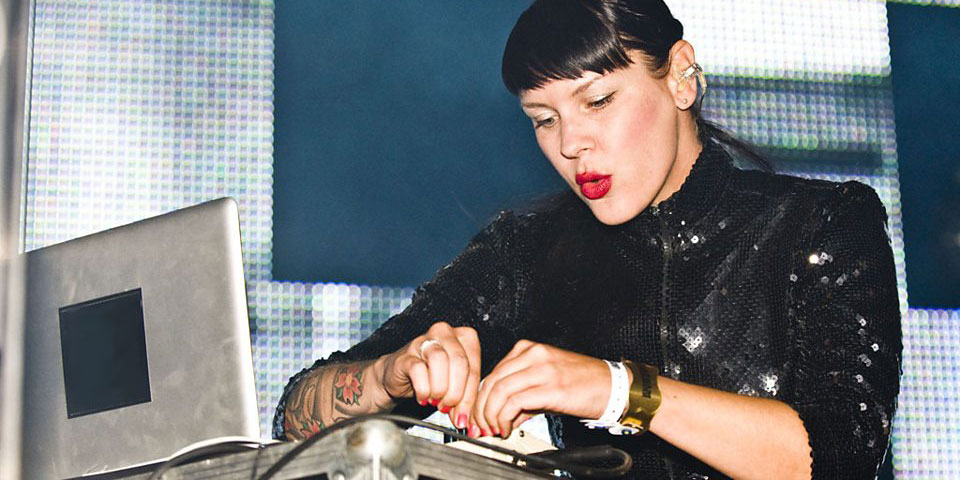 We’re more than half way through the year now, how has 2017 been for you so far? It looks like you’ve been pretty busy…

I am not that busy, maybe the least busy year of my career. I'm spend most of my time in the countryside between gigs and it’s the first time I really enjoy being lazy. But yes, I still have many gigs though.

My B2B with Seth Troxler at IMS in Ibiza was a lot of fun. My residency in Paris with Kim Ann Foxmann who I love and is playing as well at Milkshake. Sonar Barcelona is always a highlight as well, and Music On Ibiza.

We really liked your recent mix ‘The Optimist’ – what motivated you to record that? And where did the title come from?

I was in my house and just had finally got a new CD player, I enjoy very much doing mixes at home just for myself. Since I DJ, i've always been doing it. I was in that mood, especially nowadays optimism is very needed.

Would you say you generally an optimistic person?

Oh yes. I always see the bright side of things. There’s a lesson to everything.

With so many collaborations to choose from, how difficult was it to come up with the 11 tracks that made it onto the Kittin Collection compilation?

We made the selection with my team. I definitely don’t have enough distance with my work to make the wisest choice. I would have had selected only the rarest stuff, while the fans also require more popular things.

Have you got any plans for another studio album?

Yes. I am working on it now, and as usual, I am taking my time.

What is your relationship with the term ‘electroclash’? Is it something you ever self-identified with, and how do you perceive it now?

I don’t really care. The word 'electroclash' appeared much later after we started, we had already been touring for years. It basically announced the end of that era, but I am honoured, of course, to be labeled as one of its creators.

Labels don’t really matter to me. It’s much more important to build work on the long term, and electroclash was quite short after all.

Do you think genres and labels serve any purpose in electronic music?

It has always helped the audience to organise material in their minds. And from my side, it always pushed me to confuse them even more.

Milkshake Festival's whole ethos is built around diversity and inclusivity, is this something you’ve seen improve in the world of electronic music? Or has it got worse?

I know in Holland it’s a very popular approach. I’ve played on similar stages before. In electronic music, I think it’s better as it got a lot of exposure and attention, but there’s still a long way to go.

How important do you think it is for house, disco, techno etc. to recognise its roots in queer culture? And do you think enough is done in this regard?

I can’t really speak on this myself, as a white heterosexual person. I know I owe this culture a lot, like many artists, but me particularly, with The Hacker. In history we know they were always there before anyone, like the avant-garde.

I think everybody smart enough knows how important it is. I just feel very close to that culture, like any other outcasts, and as a woman who had to work very hard to find her place, get respect and be who I wanted to be.

Other than Milkshake, what else are you looking forward to this summer?

I still have many festival gigs, in Holland, Lisbon and Music On with my friend Oxia, and a South American tour in September.

And beyond that, what future plans are there for Miss Kittin?

I like to keep it low. Finishing my album for sure.

Milkshake Festival 2019 takes place 27-28 July in Amsterdam. Find out more on our guide and book your tickets here.