Azkena Rock Festival have announced more names for their 2019 edition, taking place on 21-22 June in the northern Spanish town of Vitoria-Gasteiz.

Recently reformed rockabilly veterans Stray Cats will top bill, following the news that they are recording a new album and embarking on a tour to celebrate their 40th anniversary, having formed in New York City in 1979.

They are joined by California Tesla, modern country-rock favourites Blackberry Smoke and Australian punk band The Living End, alongside the likes of Lucero, Starcrawler, Unsane and more.

The latest additions join previously announced headliners Wilco, whose appearance at the festival will be their only show in Spain for 2019. See the full lineup so far below, and head to our guide for more information on the festival. 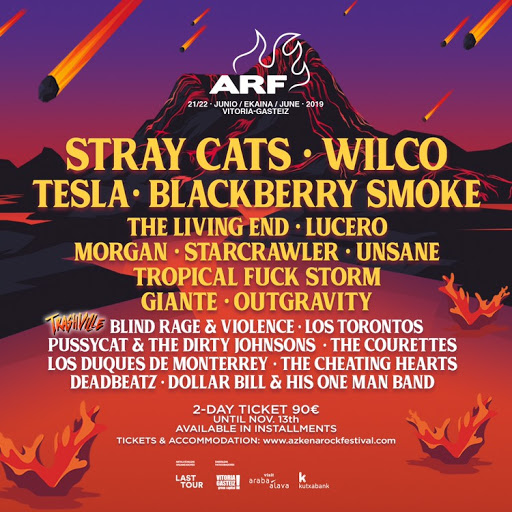