Festival Estéreo Picnic have unveiled the lineup for their 2019 edition, with Arctic Monkeys, Kendrick Lamar and Twenty One Pilots topping the bill.

Dropping the full list of names in one go, the Colombian festival have also confirmed that Sam Smith, Tiësto, Disclosure, The 1975, St. Vincent, Interpol and ODESZA – all festival headliners in their own right – are among the other acts performing in Bogotá's Parque Deportivo 222 next April.

Started in 2010 as a one-day event, Estéreo Picnic has since become one of the biggest festival anywhere in South America, and the latest announcement seemingly confirms that they have no plans to relinquish that any time soon.

See the full lineup below, and head to our guide for more information about the festival's upcoming edition. 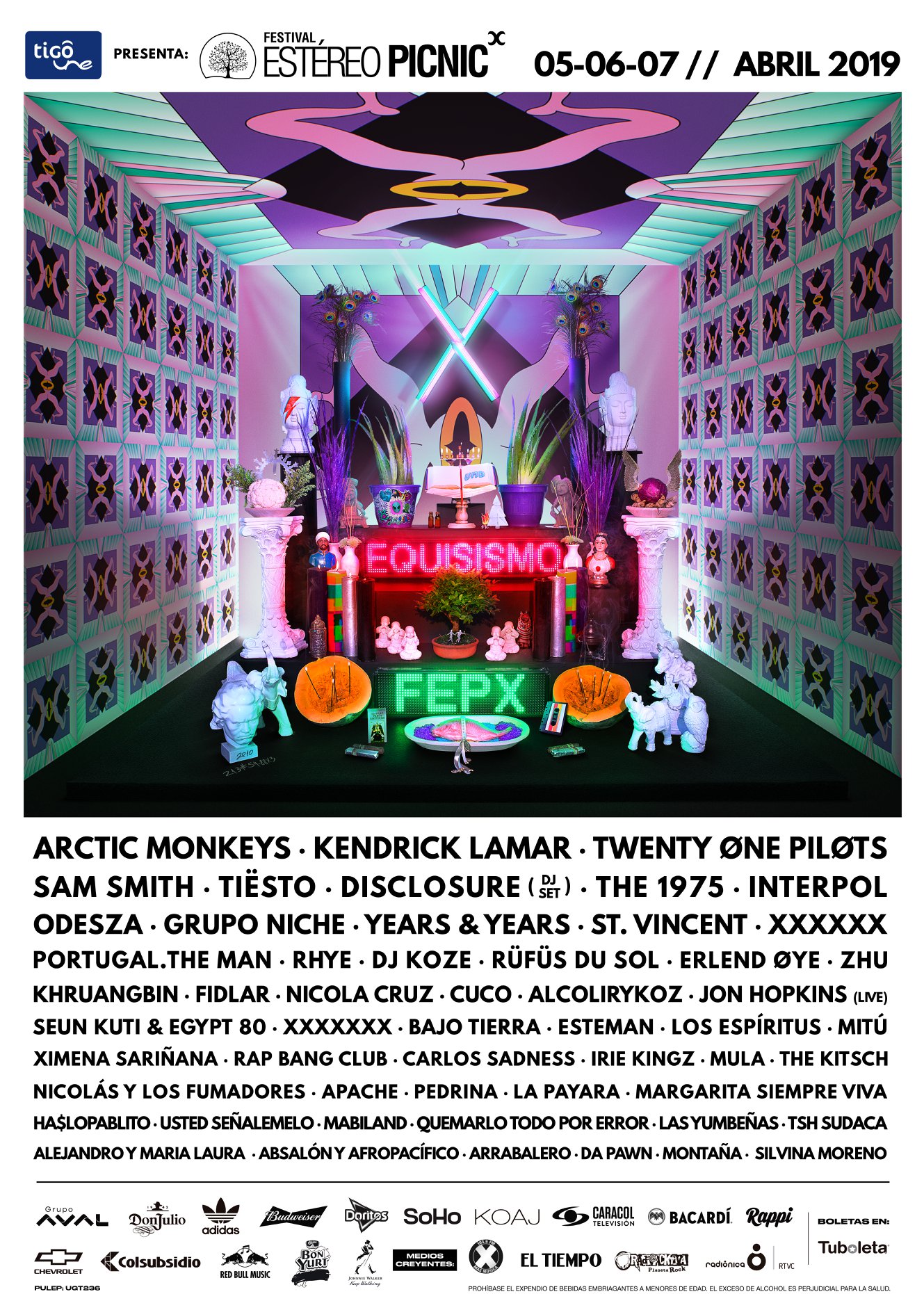