Pearl Jam have been announced as the second headliner for Lollapalooza Paris 2020, the latest instalment of the global festival brand's French satellite.

The 2020 edition marks a fourth edition of the Parisian festival, which was added to the family of worldwide Lollapalooza events in the summer of 2017, the second European outpost after Berlin, with Sweden joining the fray earlier this year.

The newly announced headliner joins Billie Eilish at the top of the bill for the forthcoming edition of the French festival, whose appearance at Lollapalooza is set to be a French exclusive for the modern pop icon.

These two acts join the likes of Red Hot Chili Peppers, The Weeknd, Lana del Rey, Gorrilaz, Depeche Mode, The Killers, Travis Scott, The Strokes and Martin Garrix on the impressive list of past headliners. See below for the latest announcement, and head to our guide for more information about the festival. 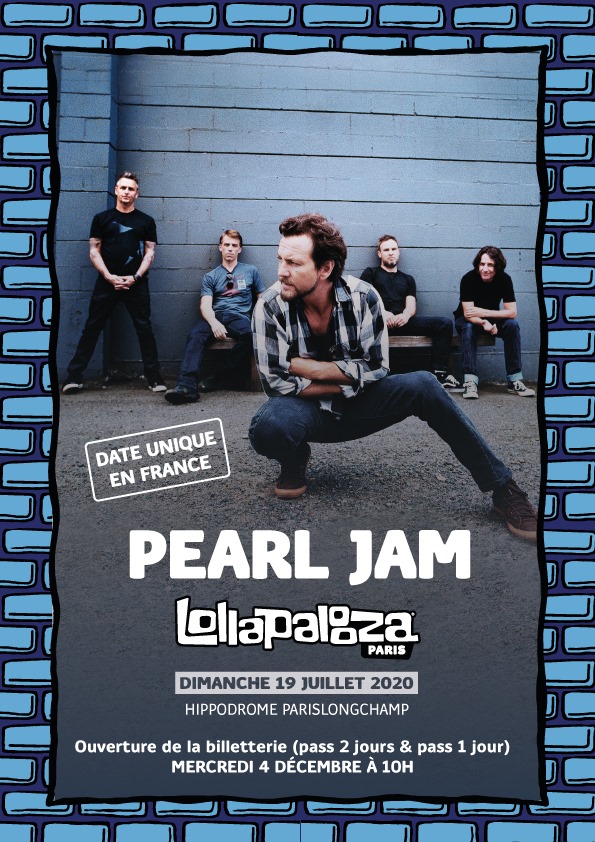