Portugal's leading underground electronic music festival Neopop have unveiled the first wave of acts confirmed to appear at their 2019 edition, taking place in the coastal town of Viana do Castelo from 7-10 August.

As ever, the lineup spans generations of techno with appearance from scene veterans like Richie Hawtin, Ben Klock, DVS1, and Maceo Plex, recent breakthrough stars such as Amelie Lens, and celebrated experimental live acts like Surgeon and Rebekah.

But perhaps more unexpected is the inclusion of legendary British duo Underworld, who have gone from the techno underground to appearing on the soundtrack to iconic films, working with Iggy Pop, and directing the music for the opening ceremony of the 2012 Olympics in London.

Fellow UK veteran John Digweed is also on the lineup – a hugely influential figure in the UK's house scene, and a man who spent a decade in the top ten of DJ Mag's annual poll between 1998 and 2008 (back when that actually meant something, sort of).

See the full first wave lineup below, and head to our guide for more information about the festival's upcoming edition. 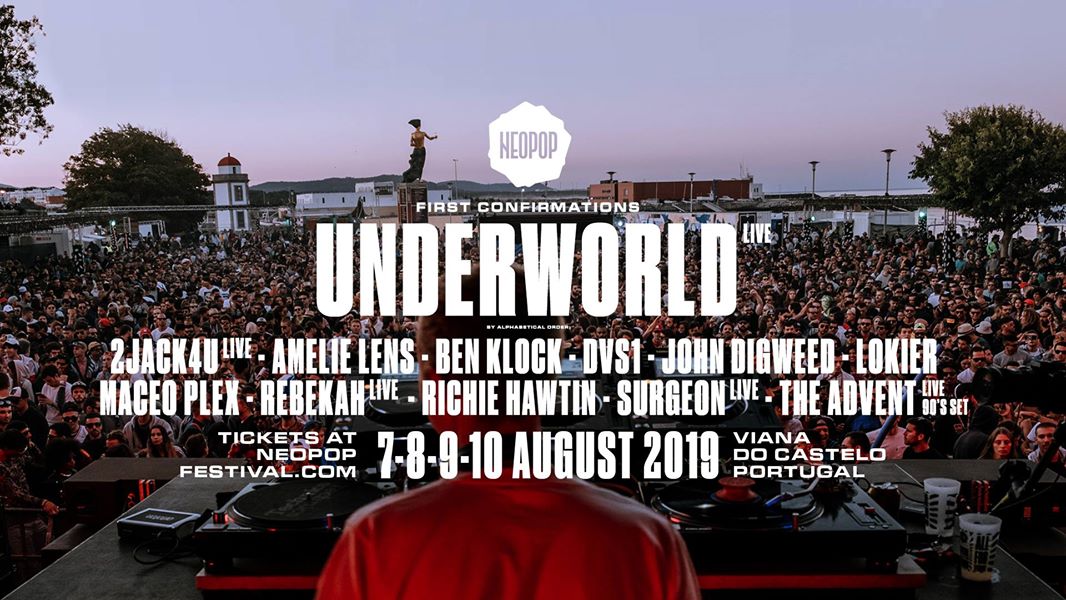