With the addition of Marlon Williams and The Blinders to the bill for the EDP Stage on 18 July and 20 July respectively, Portuguese festival Super Bock Super Rock have now completed their lineup for the forthcoming edition.

Celebrating their 25th anniversary this summer, the festival returns to the hugely popular Meco Beach site, to the south of Lisbon, which played host to the event at the beginning of this decade.

For this landmark edition, the festival will be headlined by Lana Del Rey, Phoenix and Migos, with other performances across the three days coming from the likes of The 1975, Kaytranada, Janelle Monáe, Metronomy, Christine and the Queens, Disclosure, and Charlotte Gainsbourg, among others.

See below for the full daily lineups of the EDP Stage, the last to be revealed, and head to our guide for more information about the festival, including full lineup by day and stage. 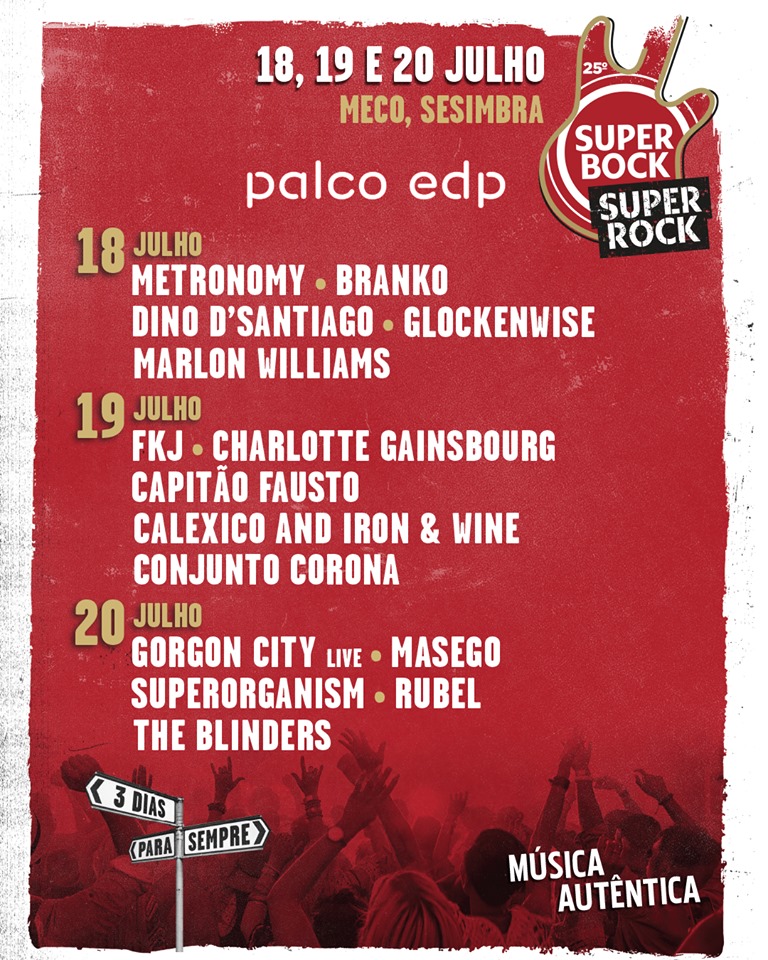