Tomorrowland, the esteemed electronic festival, have released their stage hosts for the 2020 edition. The festival, whose theme was revealed in December as 'The Reflection of Love' annually curates a lineup of hosts and artists who are dominating the house, techno, EDM and hardstyle scenes.

Weekend one exclusives, which will happen July 17-19 will feature the likes of Adriatique, Cocoon, Nervo Nation Rave Culture, Generation Smash, Woody Weekend and Carl Cox. With 39 hosts performing over the three days.

Tomorrowland, having recently celebrated its 15th Anniversary in 2019, have come back with another reputable lineup of hosts who have produced some of the best electronic moments in history and been pioneers for the electronic scene.

Many hosts have been announced to be playing both weekends, so you can't miss out on A State of Trance, Rampage, Moose, Shomi, Glitterbox, Flow, Freedom and Exhale.

From the host reveal we can begin to create some exciting guesses at the lineup for the new edition, which is to be released before the sale of tickets and travel packages.

Festicket will be Tomorrowland's official travel partner and will release Travel Packages including passes and accommodation for Tomorrowland 2020 at 17:00 CET on Sunday 2 February. 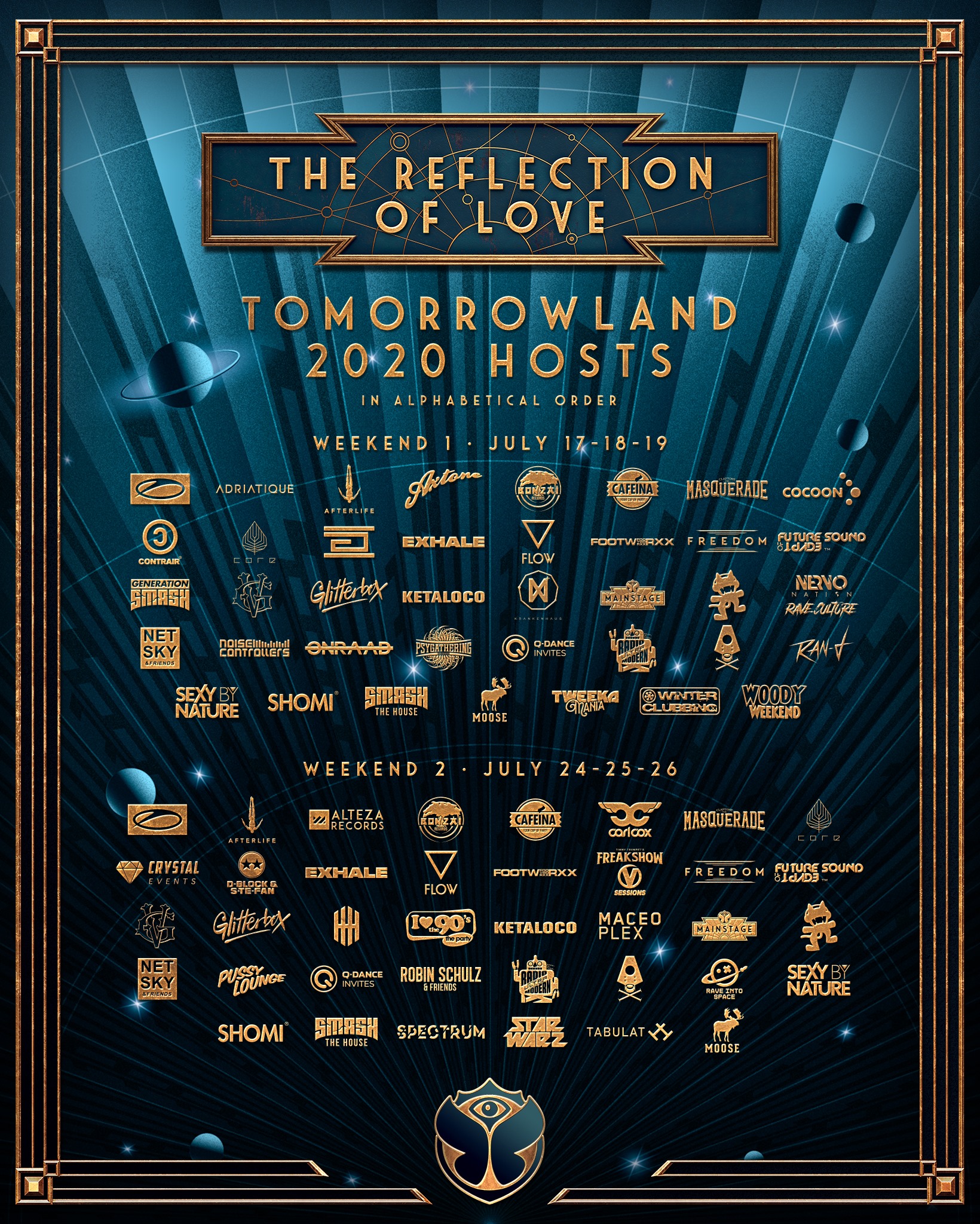