Woodstock has become one of the cultural highlights of the 20th century, and as such you could imagine its 50th anniversary wouldn't pass by quietly.

After revealing a half century celebration months ago and then having some hints about who would be playing leaked recently, we've now finally gotten the full lineup in all its glory.

Mixing old and modern acts, Jay-Z, Dead & Company, and The Killers top the bill, while the likes of Miley Cyrus, Chance The Rapper, Imagine Dragons, Santana, Robert Plant, The Black Keys, David Crosby, and The Zombies highlight the supporting acts.

Given the difficult task of commemorating the original festival while updating the lineup for modern audiences, the festival have managed to strike a nice balance between looking back and looking forward. 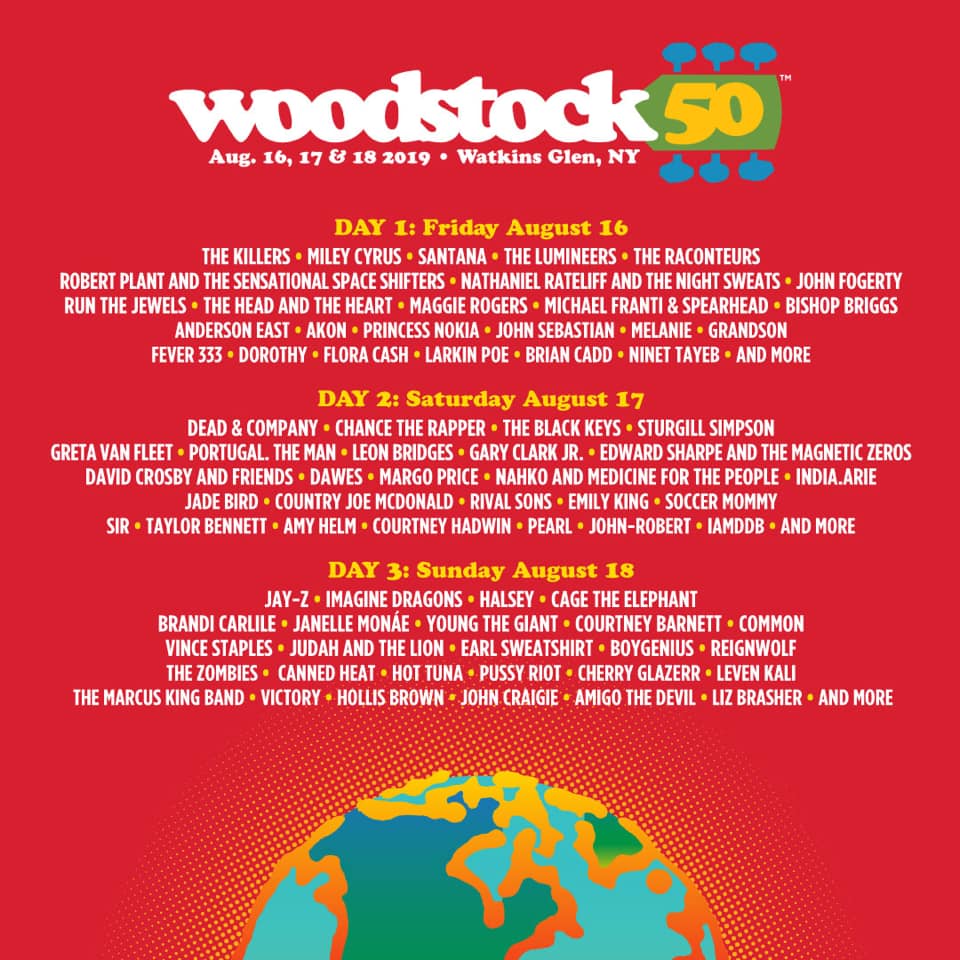